1972: HOW FOUR CARIBBEAN COUNTRIES LED THE COLLAPSE OF THE CUBAN EMBARGO IN THE AMERICAS 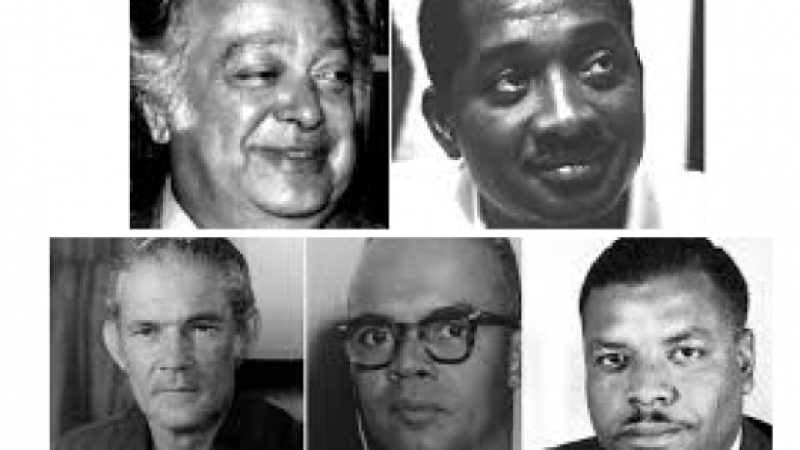 In 1972, the leaders of Guyana, Barbados, Jamaica and Trinidad & Tobago put themselves and their countries at risk for a principle in which they believed

The US is cutting loose the shackles of the past by establishing diplomatic relations with Cuba after 53 years.  But the first blow in the Western Hemisphere against those shackles was struck by four governments of the English-Speaking Caribbean.  Today that single act should be a source of great satisfaction to leaders who put themselves, their governments and their countries at risk for a principle in which they believed.

The exchange took place on the eve of a meeting of Foreign Ministers of Non-Aligned countries in Guyana.  Cuba was then almost completely isolated in the world and especially in the Western Hemisphere following the US diplomatic and trade embargo of 1961.  In the Hemisphere only Canada and Mexico retained any relations with Cuba.

Ramphal’s reassurance to Roa was in response to the Cuban Foreign Minister’s statement that he had brought to the Non-aligned Foreign Ministers’ meeting “a draft Diplomatic Relations Agreement”.  Roa had done so because Guyana’s then President Forbes Burnham had intimated his interest in “discussing” diplomatic relations with Cuba.  Recording this landmark moment in his memoir, “Glimpses of a Global Life”, Ramphal recalls telling Roa that Guyana would establish diplomatic relations with Cuba “but would prefer to give the three other independent English-Speaking Caribbean countries the chance to join us in doing so”.

Within three months, Ramphal, on behalf of Burnham met, in the following order, the leaders of Jamaica, Michael Manley; Trinidad and Tobago, Eric Williams; and Barbados, Errol Barrow.  Ramphal’s appeal was “to justice, to history, to regional solidarity”.  Together the four leaders announced that they would “seek the early establishment of relations with Cuba, whether economic or political or both”.

A brave act of principle

The decision these leaders took was no easy one.  The ‘cold war’ feud between the US and the Soviet Union was raging, and the countries of the Americas – with the exception of Cuba – were subject to coercion by the economic and military power of the US.  Further, the US was still very much in the mode that the Caribbean was its backyard. Therefore, the powers in Washington were accustomed to dictating the dominant order in the Region and toppling those they disliked.  The leaders’ decision required vision and courage.  But, most of all, it required unity.

The leaders did act in unison, recognising the leverage that a joint position gave.  The result was that four small English-Speaking nations did what much larger and stronger nations were reluctant to do.   They collectively bucked the might of the US for what they thought was right.

So, on 8 December 1972, the establishment of diplomatic relations with Cuba was announced by Guyana, Jamaica, Barbados, and Trinidad and Tobago simultaneously.  As Ramphal recalls in his memoir, “The effect of this sovereign collective Caribbean act of principle was immediate.  The hemispheric embargo of Cuba was not just dented; it collapsed.  Today, Cuba has formal diplomatic relations with 160 countries”. And, momentously, it will shortly add to the list, the nation that has been its longest adversary and nemesis, the United States of America.

The people of the Caribbean have every right to be proud of the position that their leaders took 42 years ago.  The diplomatic boycott and trade embargo was wrong-headed when it was implemented and it continues to be unreasoning now.   It should be recalled that in 1961, the US government had other options before it, but rejected them.  Among the options was to recognise the Fidel Castro-led government and to engage in the development of the country.  By discarding that option, the US opened the door to heavy-handed Soviet influence in Cuba; to the Castro-government building-up a fortress mentality in defence of itself; and, as part of the latter, a stifling of dissent and criticism which worsened over the years.

Only the most hard-headed and belligerent of the anti-Castroites in the US, or anywhere else, would disagree with President Obama that “we can do more to support the Cuban people and promote our values through engagement”. Over the last 53 years the US has expended a great deal of resources in pursuing what Obama has rightly described as “an outdated approach that, for decades, has failed to advance our interests”.  Those resources could have been better spent on advancing the social  and progress of Cuba, demilitarizing the government, and allowing Cuba to fulfill its potential for economic prosperity and been a greater contributor to Caribbean and hemispheric social development than it now is.

Nothing can stop the establishment of diplomatic relations now, and not even a Republican President in 2016 would contemplate such a move.  In fact, the Presidential candidates of both the Republican and the Democratic parties would be quietly delighted that Obama has taken this particular iron out of the fire.  However, Obama now has an uphill task to get Congressional approval to end fully the commercial, financial and economic blockade of Cuba that is codified in US law.

A few Cuban-Americans, who are now members of Congress, will oppose lifting the embargo.  But, businesses in the US have long been upset that they have been blocked from commercial transactions in Cuba while Canadian, Mexican and European Union companies have been investing, acquiring and profiting.  Those US businesses want a share of a big market that is only 90 miles from their shore. So businesses will be a counter-force to the anti-Castroites.

In the meantime, there are executive measures that Obama can take to ease the embargo, and clearly he intends to do so.

Of course, there will be consequences of all this for Caribbean countries that will have to sharpen their tourism and export strategies and improve their climate for US investment.  But that is a subject for another column; for now, the Caribbean’s people should reflect on how by working in unison their leaders of the time helped to correct a grievous hemispheric fault and brought a large measure of respect to their nations. 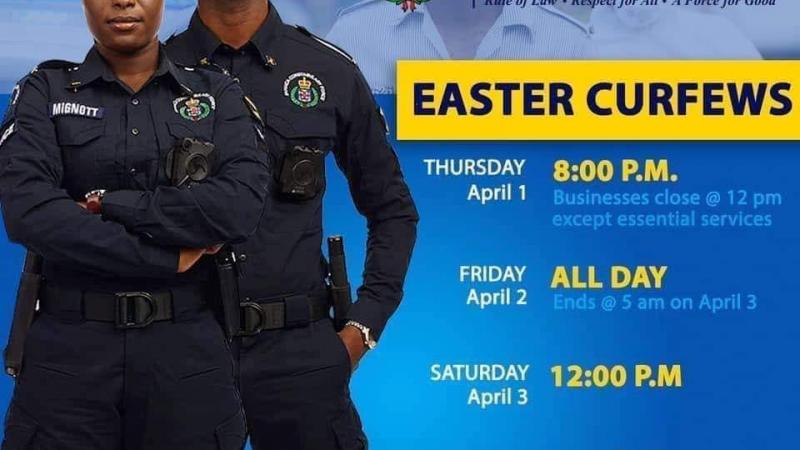 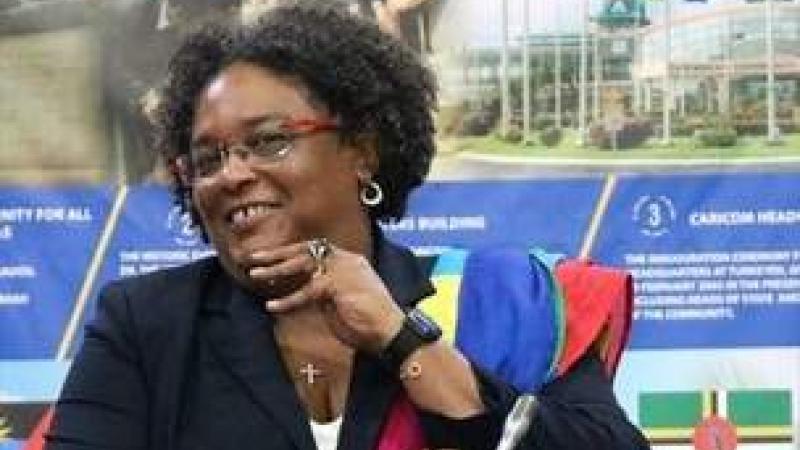 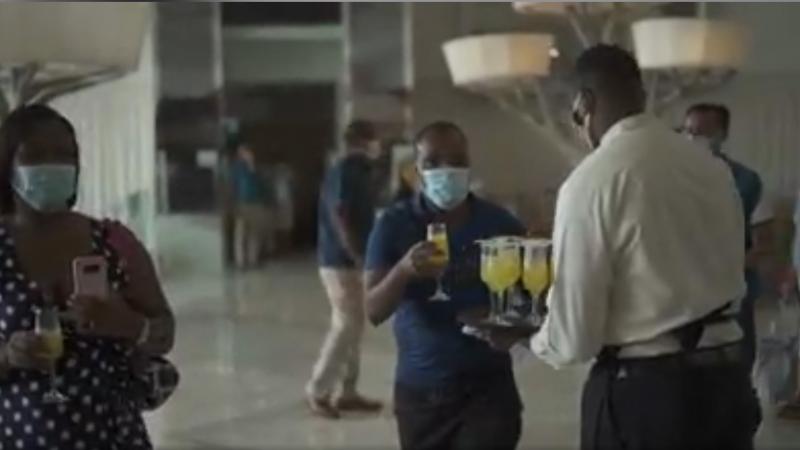 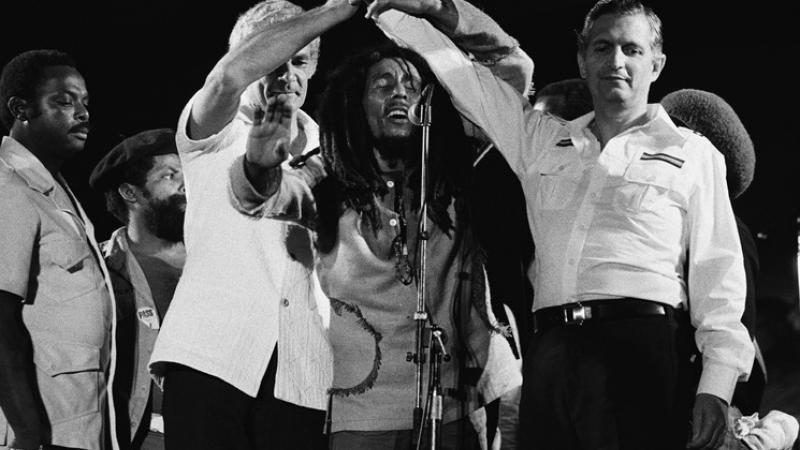 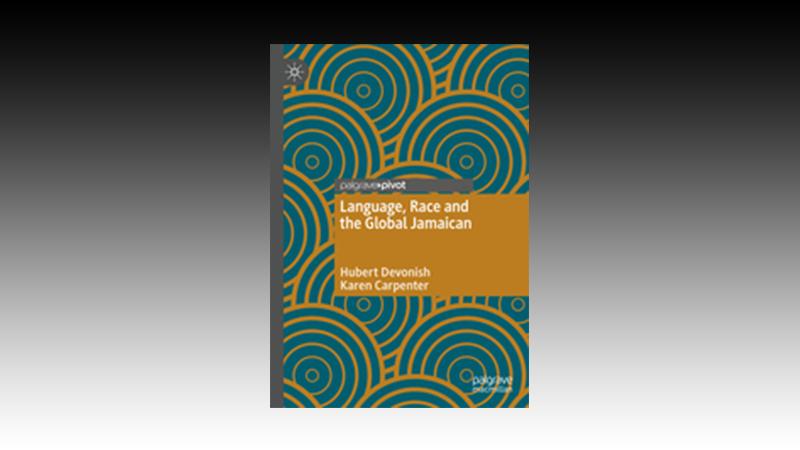