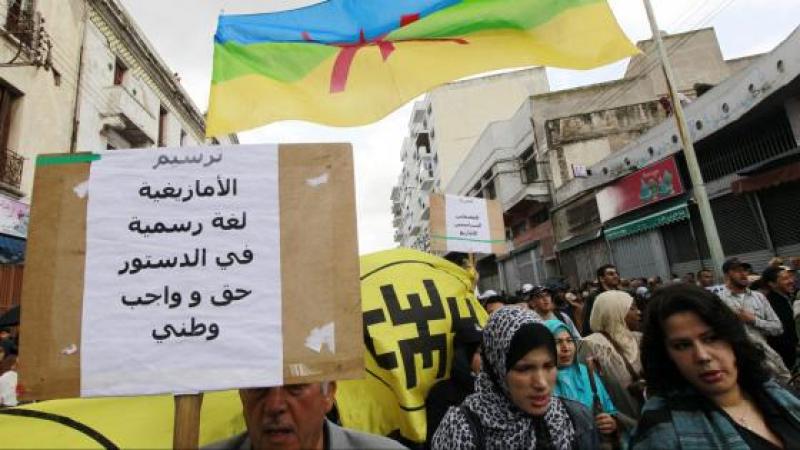 At his farewell speech as the chairman of the African Union in 2004, Mozambique’s then-president Joaquim Chissano surprised African leaders by delivering his remarks in Swahili. At the time, the AU was only using English, Portuguese, Arabic, and French as its official languages—and government officials caught unawares, scrambled to find translators.

Chissano’s historic speech constituted the first time that the African body permitted the use of an African language in its meetings. Chissano said that he spoke in Swahili in order to urge African nations to promote and use indigenous African languages. Shortly afterward, the AU adopted Swahili as an official language.

In a continent with more than 2,000 distinct languages, the role and importance of indigenous African languages in post-colonial modern societies has proved to be a contentious issue. Over the last few decades, the place of African languages has suffered negative consequences due to immigration, globalization, and the entrenchment of official languages like Arabic, French, and English. African languages have often been labeled as a hindrance to learning, and have suffered delegitimization at social, economic, and political spheres.

Take Swahili for instance: a language spoken by almost 100 million people from the southern borders of Somalia to Kenya, Tanzania, Rwanda, to DR Congo, the Comoros Islands, Mozambique, and northern Zambia. Yet, despite the language’s wide application, it is barely used at high-level intergovernmental meetings, panels, or in scholarly conferences as a language of research and presentation.

John Mugane, the director of African languages program at Harvard University and the author of the book The Story of Swahili, recently highlighted this problem saying that a lot of academic work was done with intellectuals not understanding or speaking African languages. Mugane said that he parted with his African language students by asking what he called “The Mugane Question”: “To everybody who talks about Africa and writes about Africa, do you speak in the language of the people you write about?”

Another part of the problem is the status associated with African languages both at home and in school. Decades after independence, former colonial languages are still used as the primary languages of instruction and governance. According to the UNESCO Institute for Lifelong Learning, Africa is still the only continent where the majority of children start school using a foreign language. This creates a system where young people look at their own native languages as a burden rather than as a tool of expression and production.

To this end, young Kenyans, for instance, have often expressed that speaking English was prestigious, and that ‘Swahili is for the poor.’ In Algeria, the debate over whether to use French or Arabic in classrooms is still a delicate matter, creating wrangles over what best expresses modern Algerian identity. And as more and more of these African languages fall out of daily use, some of them even teeter on the brink of extinction.

But two years ago in Tanzania, became the first sub-Saharan African country to use an African language, Swahili, as the medium of instruction throughout the schooling years. And last month Nigeria’s education ministry announced a program to use local languages for instruction in science and mathematics in primary and secondary schools.

Among immigrant communities, parents might also not teach children their heritage language, perceiving it as a potential obstacle to success. The reverse could also be true, where a spoken language in a given country is relegated to the background because of the lack of its immediate additional value.

An example of this could be the Somali language, whose script was only standardized in 1972. But after the collapse of the central government in 1991, Arabic became the dominant language in professional, religious, and educational circles. A child growing up in Somalia during this period would have an emphasis placed on perfecting Arabic and English skills, which would mean not only success in school but also pave the way for full scholarships for higher learning abroad.

One initiative that aims to promote the diversity and vitality of African languages is Jalada Africa, whose recent mobile literary festival visited 12 towns in five countries across East Africa. The Pan-African collective wants to explore the instrumentality of language in Africa and held panel discussions, performances, workshops, and film screenings to celebrate these cultures and languages. Last year, they also translated a short fable by Kenyan writer Ngũgĩ wa Thiong’o—which probably broke the record for the most translated short story in history.

Sign up for the Quartz Africa Weekly Brief — the most important and interesting news from across the continent, in your inbox. 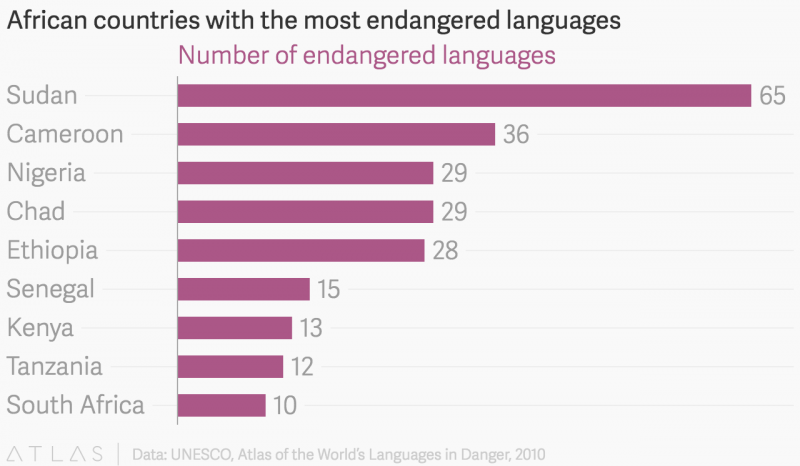 Post-scriptum:
People from Amazigh, north of Morocco, hold a Amazigh flag and a banner, that reads, "the Amazigh language is a statutory right and acquired." (Reuters/Youssef Boudlal)
Source:
https://qz.com/996013/african-languages-should-be-at-the-center-of-educational-a… 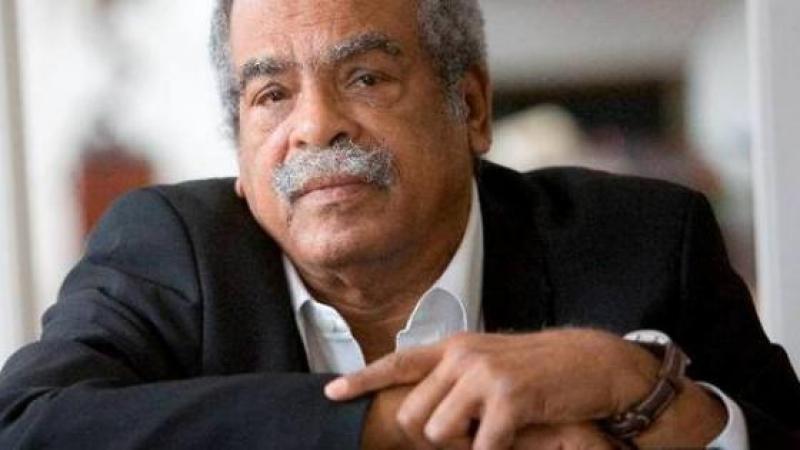 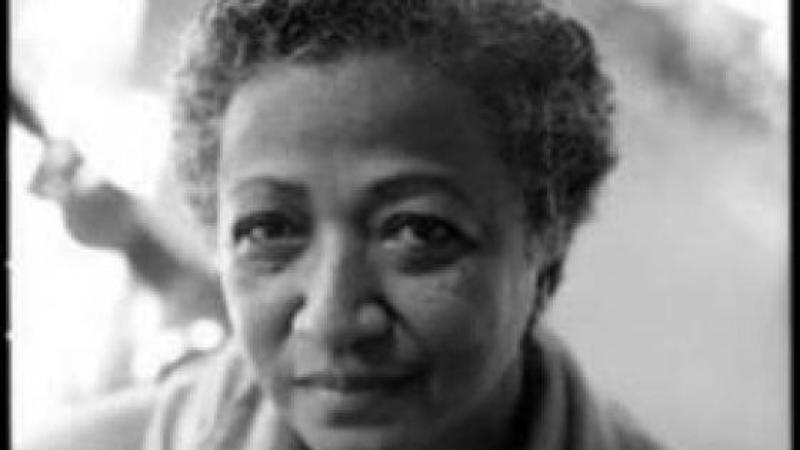 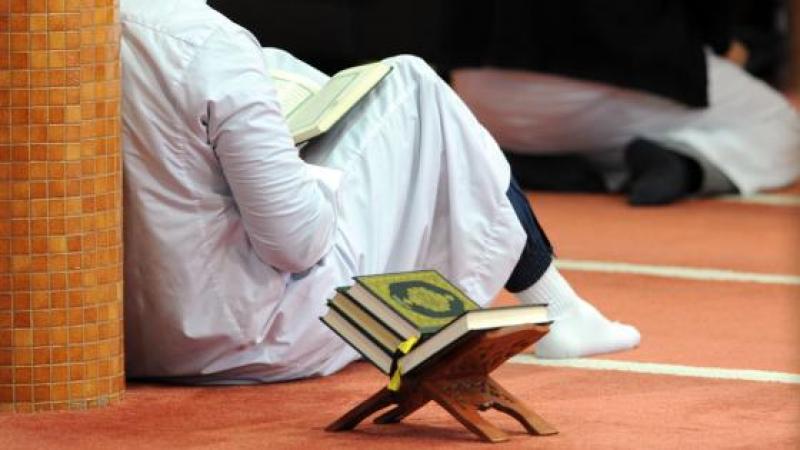 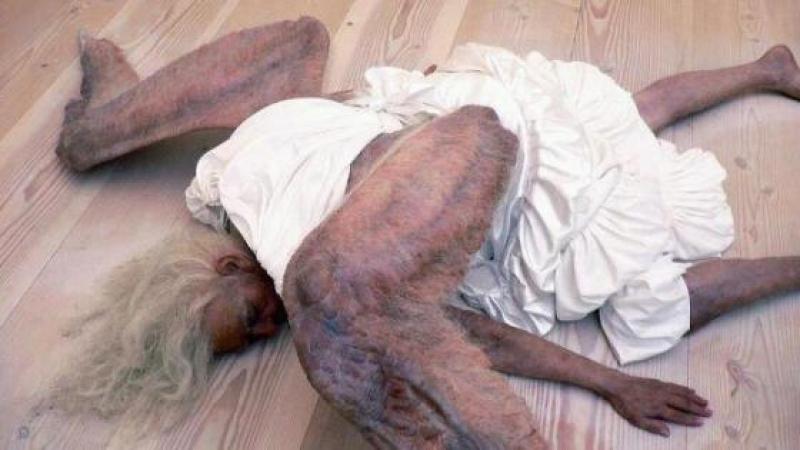 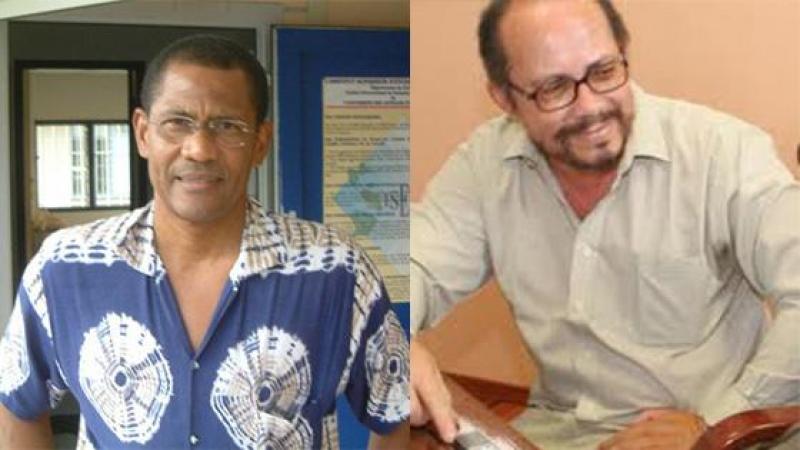