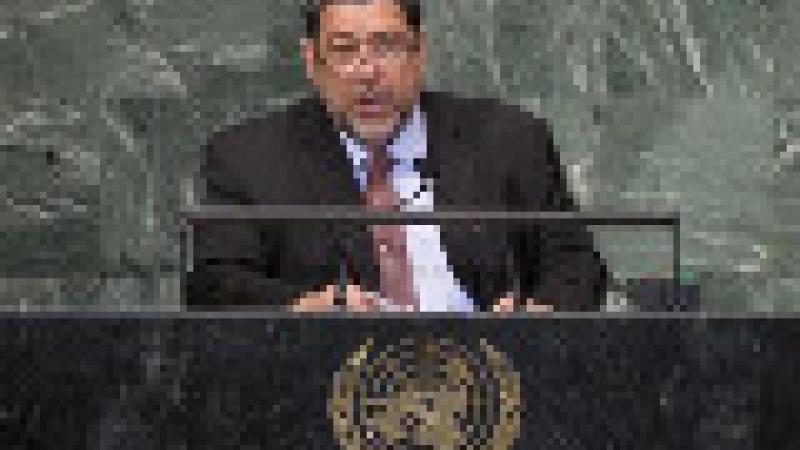 MIAMI (AP) — Leaders of more than a dozen Caribbean countries are launching a united effort to seek compensation from three European nations for what they say is the lingering legacy of the Atlantic slave trade.

The Caribbean Community, a regional organization that typically focuses on rather dry issues such as economic integration, has taken up the cause of compensation for slavery and the genocide of native peoples and is preparing for what would likely be a drawn-out battle with the governments of Britain, France and the Netherlands.

Caricom, as the organization is known, has enlisted the help of a prominent British human rights law firm and is creating a Reparations Commission to press the issue, said Ralph Gonsalves, the prime minister of Saint Vincent and the Grenadines, who has been leading the effort.

The legacy of slavery includes widespread poverty and the lack of development that characterizes most of the region, Gonsalves said, adding that any settlement should include a formal apology, but contrition alone would not be sufficient.

"The apology is important but that is wholly insufficient," he said in a phone interview Wednesday with The Associated Press. "We have to have appropriate recompense."

The notion of forcing the countries that benefited from slavery to pay reparations has been a decades-long quest. Individual countries including Jamaica and Antigua and Barbuda already had existing national commissions. Earlier this month, leaders from the 14 Caricom nations voted unanimously at a meeting in Trinidad to wage a joint campaign that those involved say would be more ambitious than any previous effort.

Each nation that does not have a national reparations commission agreed to set one up, sending a representative to the regional commission, which would be overseen by prime ministers. They agreed to focus on Britain on behalf of the English-speaking Caribbean as well as France for the slavery in Haiti and the Netherlands for Suriname, a former Dutch colony on the northeastern edge of South America that is a member of Caricom.

In addition, they brought on the British law firm of Leigh Day, which waged a successful fight for compensation for hundreds of Kenyans who were tortured by the British colonial government as they fought for the liberation of their country during the so-called Mau Mau rebellion of the 1950s and 1960s.

Attorney Martyn Day said his first step would likely be to seek a negotiated settlement with the governments of France, Britain and Netherlands along the lines of the British agreement in June to issue a statement of regret and award compensation of about $21.5 million to the surviving Kenyans.

"I think they would undoubtedly want to try and see if this can be resolved amicably," Day said of the Caribbean countries. "But I think the reason they have hired us is that they want to show that they mean business."

Caribbean officials have not mentioned a specific monetary figure but Gonsalves and Verene Shepherd, chairwoman of the national reparations commission in Jamaica, both mentioned the fact that Britain at the time of emancipation in 1834 paid 20 million pounds to British planters in the Caribbean, the equivalent of 200 billion pounds today.

"Our ancestors got nothing," Shepherd said. "They got their freedom and they were told 'Go develop yourselves.'"

British High Commissioner to Jamaica David Fitton was quizzed on the issue Wednesday during a radio interview and said that the Mau Mau case was not meant to be a precedent and that his government opposes reparations for slavery.

In 2007, marking the 200th anniversary of the British prohibition on the transportation of slaves, then British Prime Minister Tony Blair expressed regret for the "unbearable suffering" caused by his country's role in slavery. After the devastating Haitian earthquake in January 2010, then French President Nicolas Sarkozy was asked about reparations for slavery and the 90 million gold francs demanded by Napoleon to recognize the country's independence. Sarkozy acknolwedged the "wounds of colonization," and pointed out that France had canceled a 56 million euro debt to Paris and approved an aid package that included 40 million euros in budget support for the Haitian government.

Gonsalves said far more needs to be done and he hopes to begin an "honest, sober and robust," discussion with the European governments soon and intends to champion the issue when he becomes the chairman of Caricom in January. "You have to seize the time," he said.

Post-scriptum:
FILE - In this Sept. 28, 2012 file photo, Saint Vincent and the Grenadines Prime Minister Ralph Gonsalves addresses the 67th United Nations General Assembly, at U.N. headquarters. Leaders of more than a dozen Caribbean nations are launching a united effort to seek compensation from three European nations for what they say is the lingering legacy of the Atlantic slave trade. Caricom, as the organization is known, has enlisted the help of a prominent British human rights law firm and is creating a Reparations Commission to press the issue, said Gonsalves, who has been leading the effort. (AP Photo/John Minchillo, File) 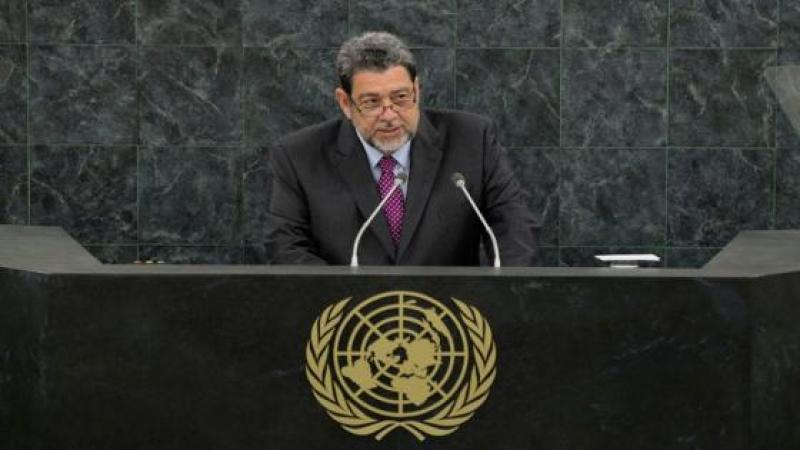 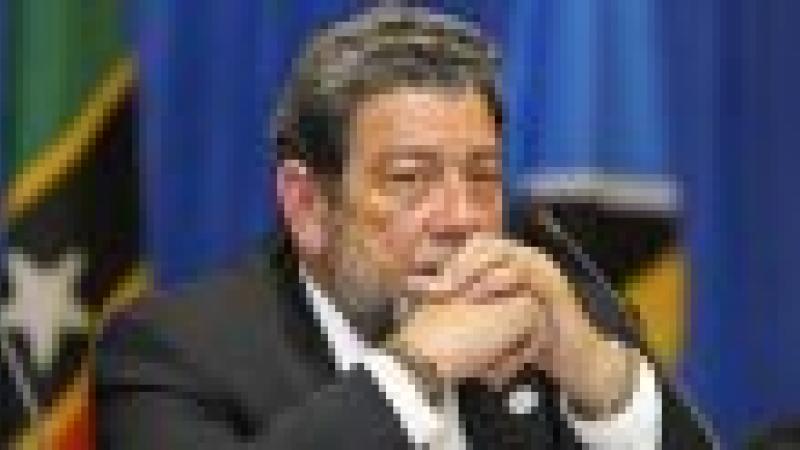 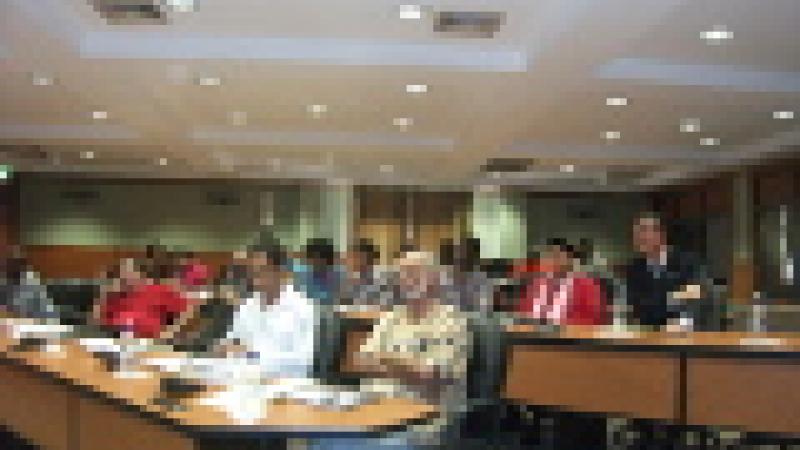