Derek Walcott and the Peculiar Disturbance of His Poetry 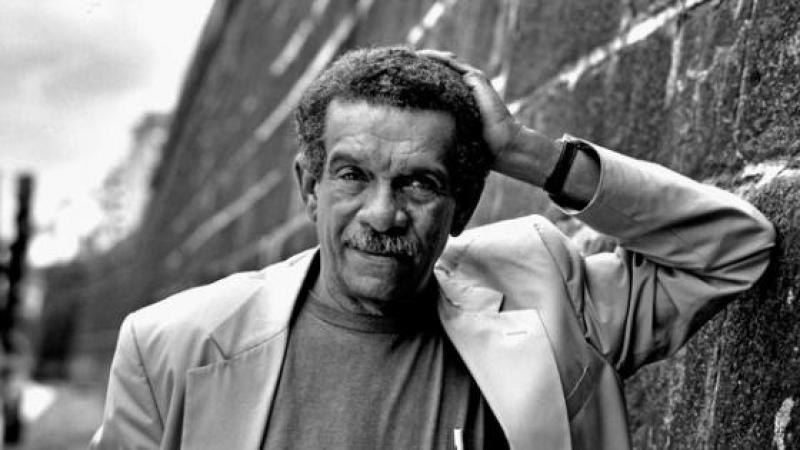 “Blown canes.” Those were his first words to mark me. Like any true discovery, they came tangled in myth. I was about 16, a sixth former at Titchfield, my high school on a peninsula in Port Antonio, a town on the northeastern coast of Jamaica. Almost daily, for my last thing after school, I went to the town’s library. Once inside, I was at sea, isolated, but not alone.

The myth of evening: porous light aslant a single bookshelf labeled West Indian Literature. Was it new? I had never, impossibly, seen it before. I picked up the first book at hand, the soft-covered, fading Caribbean Writers Series Heinemann of Derek Walcott’s “Selected Poetry,” edited by Wayne Brown, a Trinidadian poet and critic. I opened to the lines, “Where you are rigidly anchored, / the groundswell of blue foothills, the blown canes.” A sort of force triggered in me at “blown canes” that fogged my eyes. I stood, rigidly anchored. West Indian literature had arrived on two words.

Blown canes. The force was partly because what I saw I heard — canes blowing in the breeze, their flags flowing backward like waves. But that pastoral presence, in the rhythm of the words, also quickened the Caribbean’s most brutal historical pain into the present. In them I felt the stressed aftermath of plantation slavery.

The shock was immediate and oppressive. Every time I repeated them under my breath, the blade swish of “s” on “cane,” slashed my tongue. But I couldn’t stop repeating blown canes, blown canes until I was home, in pitch dark. How can a poet do that, reveal with the stroke of two words, instantaneously, the horrors concealed in the canes, the sea? Here was the cadence of experience, language pitched from the marrow of the world around me.

Days after Derek Walcott’s death in March, this early encounter returned with frightening exactness. By then he was someone I had met and gotten to know. Once, in 2010, I tried to share my library memory with him. We were by the pool of his home in St. Lucia. But I failed and ended up sputtering something about how Miltonic light moves without fatality in his poem “The Hotel Normandie Pool.” Next thing I knew we were having ice cream at the marina near Castries, the capital city of St. Lucia, and his birthplace. Dusk falling as if to contrast my Milton remark with lines from “White Egrets,” only recently published, set on the same marina:

In this orange hour the light reads like Dante,
three lines at a time, their symmetrical tension,
quiet bars rippling from the Paradiso…

I kept a conspiratorial peace in the dusk, one of gratitude. There I was, being witness to Walcott’s gift, which ultimately abolishes literary parallels for physical radiance; for his allegiance, always, is with the actual tension of life. Though more dusks were to come when I saw him — in New York City, in Boston, at his home — I was never able to speak about that library evening, or the day that followed when I was further altered by these lines from “Another Life”:

...All of the epics are blown away with the leaves,
blown with the careful calculations on brown paper,
these were the only epics: the leaves.

Blown away. The other side of terror is beauty. The beauty is the verse itself, the strange disquiet in blowing leaves, which becomes more menacing if you hear the echo of wartime Eliot: “as if blown towards me like the metal leaves.” Here the vision of despair is unrelenting. The gravitational rhythm of Walcott’s lines, however, doesn’t deny but works under duress to assuage despair: Ending the stanza on “the leaves” asserts the Caribbean landscape’s (and its people’s) natural utterance, the dignity of dialect, over History. The lines pulled me into some sort of spiritual oasis in which resilience reached beyond the poet’s self-consciousness. The self-consciousness was not a burden. Far from it. It was a blessing, akin to what Charles Williams once wrote about Milton, which could be about Dante or Walcott: “Self-consciousness can only be calm.”

The calm flowered intensely and intimately for me in the last three lines of an early poem, “A Sea-Chantey,” its repeated phrase I have recited to bring calm to some of my most troubled times:

The self-consciousness in Walcott’s poetry, still, is a peculiar disturbance in the last half of the 20th century and in the beginning of our century. Born in 1930 in what used to be called a “colonial backwater” by the center of power, he inherited the psychic deluge many flailed under. That he triumphed was testimony to his genius and an unusual industry, contradicting the order of the times. And one of his earliest honors came from that same center of power, in 1964, in the authority of Robert Graves, who praised Walcott for possessing “English with a closer understanding of its inner magic than most (if not any) of his English-born contemporaries.”

A strike against English-borns! Nonetheless belated, as Graves only reiterated what many of Walcott’s Caribbean-born contemporaries had been saying since Walcott self-published his first book, “25 Poems,” at age 18 in 1948. Radically more belated than Graves is the interesting — though not so surprising — case of V. S. Naipaul, who in an essay on his encounter with Walcott’s first volume (while Naipaul was at school in Trinidad), confesses: “Fifty years on, I see more than I did in 1955.” Well, yes. He sees and praises the miracle of his contemporary.

But these are the mute facts of data — both birth and praise — which Walcott’s self-consciousness breaks in the voice of his persona Shabine, from his masterpiece, “The Schooner Flight.” Shabine’s love song to poetry and his island, in a section called “The Flight Anchors in Castries Harbor,” animates quietly the truth beyond statistics:

When the stars self were young over Castries,
I loved you alone and I loved the whole world.
What does it matter that our lives are different?
Burdened with the loves of our different children?
When I think of your young face washed by the wind
and your voice that chuckles in the slap of the sea?
The lights are out on La Toc promontory,
except for the hospital. Across at Vigie
the marina arcs keep vigil. I have kept my own
promise, to leave you the one thing I own,
you whom I loved first: my poetry.
We here for one night. Tomorrow, the Flight will be
gone.

The lines are not the most famous. Yet I hear in them the sonic, somber complement to the credo Walcott makes in his Nobel lecture: “Poetry is an island that breaks away from the main.” The vernacular of the lines shelters me into a manifold self. It is the cadence of experience that performs the gathering, a healing, to use a line from “The Bounty,” of “our blown tribes dispersing over the islands.”

Blown tribes. Schoolchildren in uniform, market people, the posh dignitaries, friends from distant countries, daughters, granddaughters, even the wandering tourists — they were all there, the disparate tribes all gathered on the day of his funeral. Where else? Everywhere else. In every nook of private homes pierced by his poetry.

The day of his funeral I didn’t see the crowds. From my winter outpost in Ithaca, N.Y., an “accident” happened that felt like its own ceremony of farewell. I knew the moment his funeral was going on and I wanted to be in his poetry, in Caribbean light. I went into my study and took down “White Egrets,” his most valedictory book, and a battered, unremembered copy of Thomas Hardy’s last, posthumous collection, “Winter Words,” fell from the shelves to the floor.

The two books lay next to each other, companions in serenity. For companions they were, in literature as in life. Both lived and wrote vigorously into old age. Both died at age 87. Walcott adored Hardy with a vigilant esteem. Lines of Hardy came to serve as the epigraph — “Down their carved names / the raindrops plough” — to Chapter 20 of “Another Life,” the most moving of Walcott’s autobiographical work.

I took down “Another Life,” finding the page, sliding from Hardy’s couplet heading the passage, to Walcott’s couplet closing it, forming a parenthesis of insurmountable grief: “His island forest, open and enclose him / like a rare butterfly between its leaves.”

Blown leaves. Blown canes. Blown tribes. I left both books on the floor, closed the door of my study, and climbed the stairs in Caribbean light. 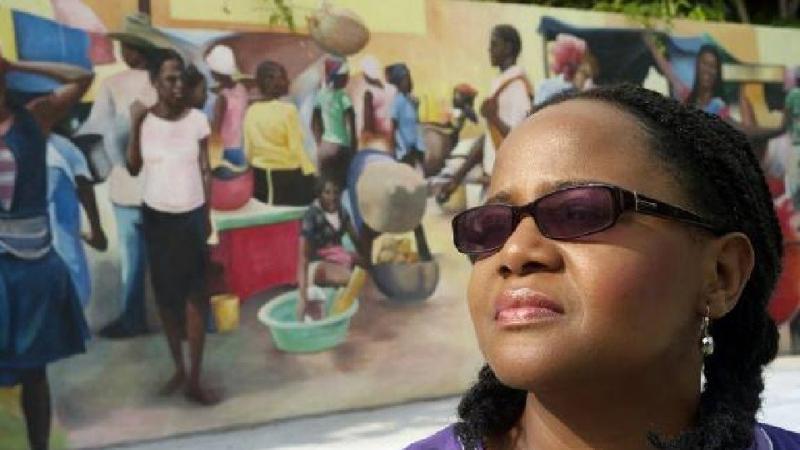 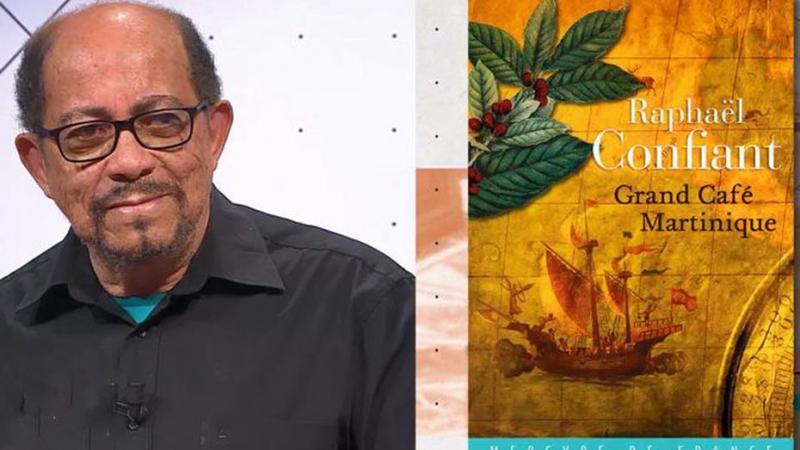 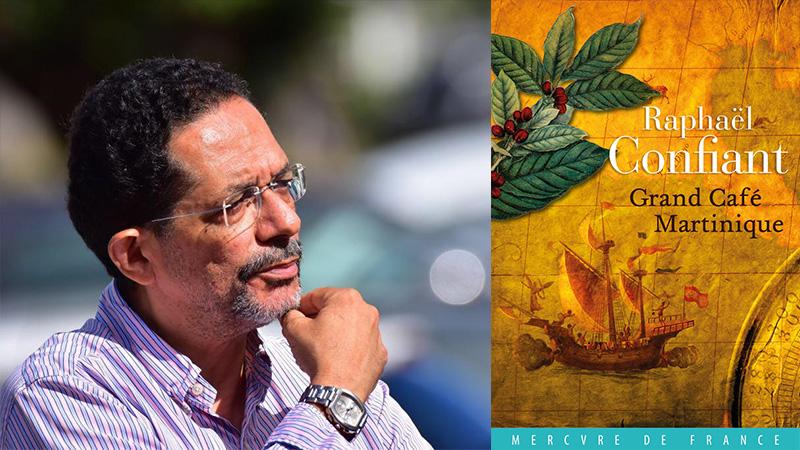 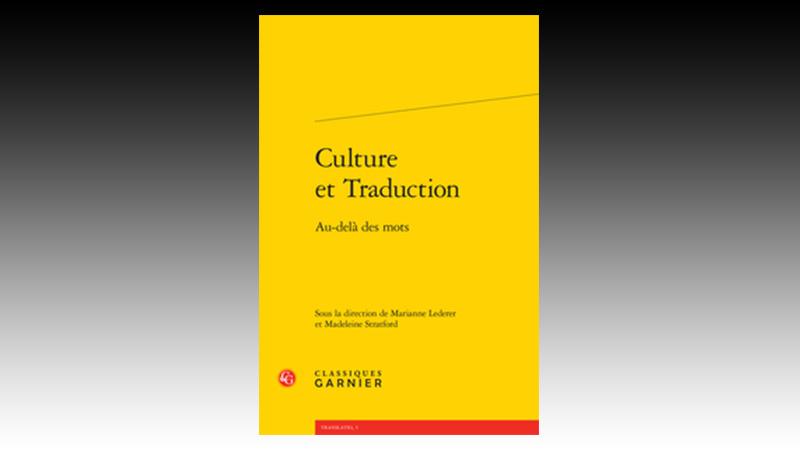 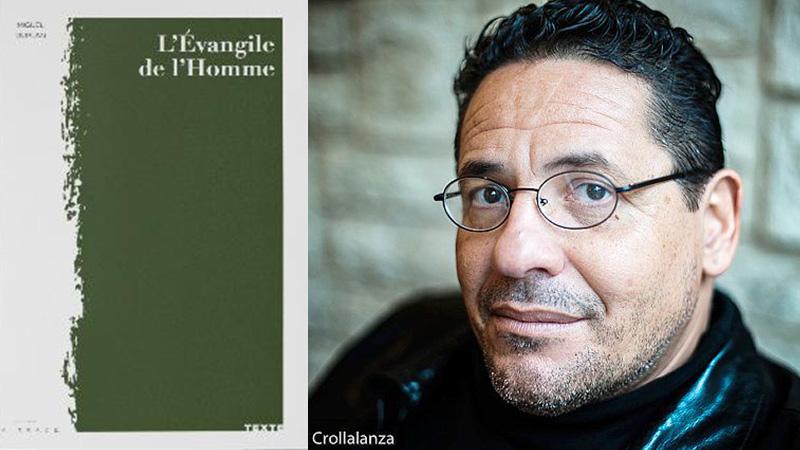