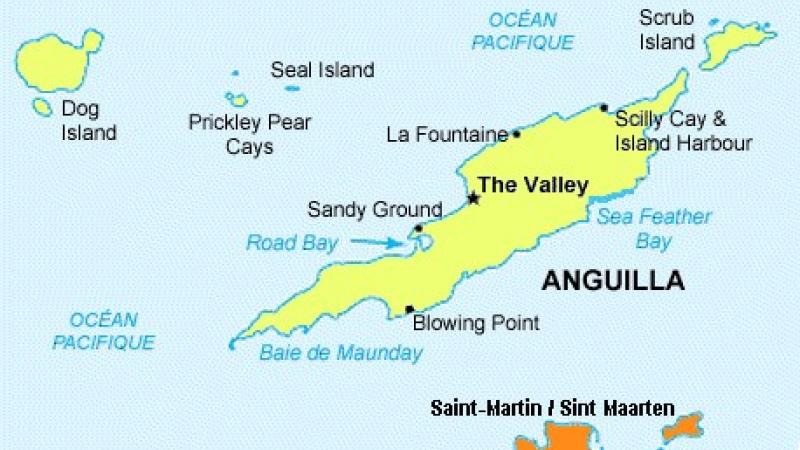 Over 200 migrant workers showed up on the lawn of the Post Office to meet with the Labour Commissioner on Tuesday, June 26 at 1:00 p.m. In an event that has been unprecedented in Anguilla, the public and migrant workers are alleging that the Viceroy Project is being involved in human trafficking and human rights violations. In a press release made by Viceroy, it read, "It is the policy of Viceroy Resorts and Residences to hold its contractors responsible for adhering to best employment practices, and we have already launched our own probe into this matter." A large number of workers came in various groups with the first arriving at the Labour Commissioner's Office. They were immediately seen while the others stayed below under the tree at the Post Office. In the meantime, another contingent of workers were reportedly walking to The Valley but were stopped on Back Street by members of the Royal Anguillian Police Force.

Although the Indians are engaged in a peaceful protest, the sheer numbers have reached to over 200 and has made a resounding impact on the Anguillian community. When The Anguillian first arrived on the scene, certain workers who had somewhat of a level of proficiency in English were shoved to the front to speak and give their concerns. The first worker, whose name was not given, said, "The food is no good, the salary is too low, we are being paid $180 a month while working six days a week from 7am-7pm. The water is not good and the food is not enough nor nutritious. We have no medical help and many of us are sick. We want to speak to the Labour Commissioner because we are human beings, not animals." After hours of peaceful demonstrating, in which many Anguillians got involved to listen to their concerns and offer help, a list of complaints were compiled and handed out to members of the press. The document was entitled "Problems" and it has been copied verbatim here in The Anguillian:

1. Our salary is very less. We cannot afford expenses of this country. Our salary is $180 US for labour per month and we want salary according to Anguilla labour laws

2. We are not slaves, we should be treated like human beings. We want our passports back, passports are our personal property.

3. We want full medical treatment from the company. And we also want medical leave.

4. We want nutritious food. The level of food is very bad. We have never ate food like this, A person can't do work without good health and health is dependent on good food.

5. We have problems of water and electricity in rooms. A person can't do anything without water. We are not animals.

6. They use abusive language while we are working on sites. This should stop.

7. We want pure and good food, like fruits and juice, etc. for vegetarian persons. We all forget the taste of fruits. Now you can imagine our conditions.

8. We should not be deported after this action.

9. We want all the human rights according to the government.

10. If company will deport us, then we want full salary of two years from company.