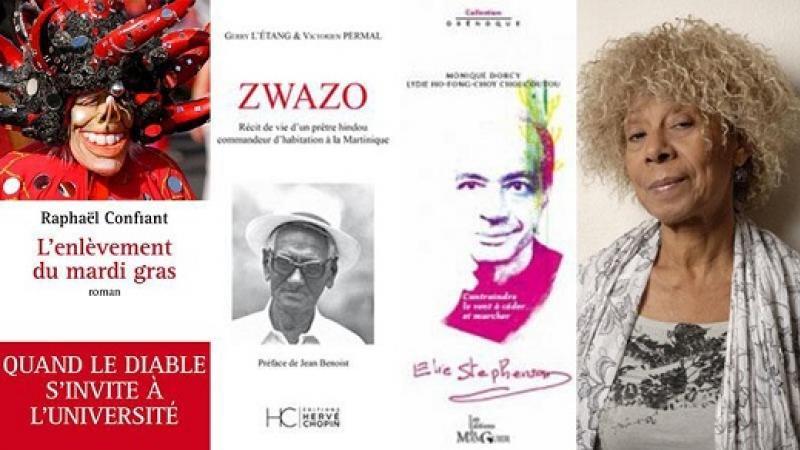 In the midst of this abounding literary season with the publication of more than 500 books during the first quarter, several overseas authors are included. [. . .] While waiting for a little more effort towards diversity on the part of publishing houses—to broaden the horizons and leave the narrow “amongst ourselves” attitude [l’entre-soi]—we nevertheless preserve some famous novelists like Raphaël Confiant and Simone Schwarz-Bart, whose latest books will be published in the coming weeks.

In this new novel, funny and satirical on demand, where Martinicans will easily recognize the various protagonists, a university president is kidnapped in the middle of carnival! The events take place during the Mardi Gras parade in the capital of the imaginary island of Nadiland. Commissioner Nobertin is trying to unravel the threads of an affair involving embezzlement by organized gangs, crimes of favoritism, and forgeries in public writing. All this is reminiscent of real events that hit the headlines a few years ago. The police officer will soon discover that the university president, “the Queen of Abyssinia,” as nicknamed by her captors, had stood against corruption. A land of cyclones, earthquakes, and eruptions, is Nadiland also the land of nepotism, embezzlement, and ritual crimes? At once a roman à clé and a thriller, Raphaël Confiant unveils, with his truculent style, the gloomy and violent, though often funny, world of a true island Mafia.

Initiated with the portrait of Léon-Gontran Damas, the Orénoque collection (which features portraits of emblematic figures from Guyana) Éditions du Manguier continues with the biography of Élie Stephenson—poet, playwright and novelist. The book is divided into two parts: a biography that places him in the political history of Guyana, in his relation to France and more broadly to that of the Third World; and the transcript of an interview that reflects his background, projects and expectations. Critical, sometimes bitter and desperate but always loving, it shows his native land and the Guyanese man without complacency.

This book is the life story of Martinican Antoine Tangamen aka Zwazo (1902-1992). Of Indian origin, his knowledge and practice of Hinduism made him the main interlocutor of those who were interested in this religion, including ethnologists, who felt that with him, a whole world would disappear. During his lifetime, on weekdays, many of the faithful crowded in front of his door to beg him to lead their ceremonies. On Sundays, when the ceremonial drums stopped, people said that Zwazo was talking to the gods. This Hindu priest also lived a century of Indian conditioning and creolization, and knew the transformations of plantation society, of which he was one of the essential cogs: a chief officer, a sugarcane harvest foreman. With this testimony, Zwazo immerses us in the great changes of the twentieth century in Martinique.

In this story, Simone Schwarz-Bart tells the story of a rare couple. The story of two writers, one Guadeloupean, the other a French-Polish Jew, whose respective work bears witness to the suffering of their people. It is also the story of two passionately linked beings, who for fifty-five years, every night, read a love poem by Pablo Neruda. There is, however, a mystery around the Schwarz-Barts. Why, in the mid-1970s, did they suddenly remain silent and shut themselves up in their home in Guadeloupe? Twelve years after the death of her husband, Simone Schwarz-Bart lifts the veil and delivers the truth on their extraordinary journey.

[Translated by Ivette Romero. Read the original (in French) at https://la1ere.francetvinfo.fr/rentree-litteraire-2019-ouvrages-ecrivains-outre-mer-paraitre-666637.html. 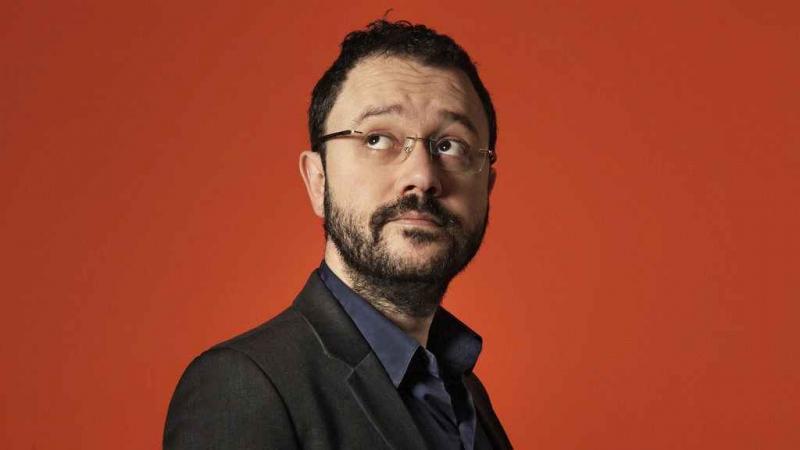 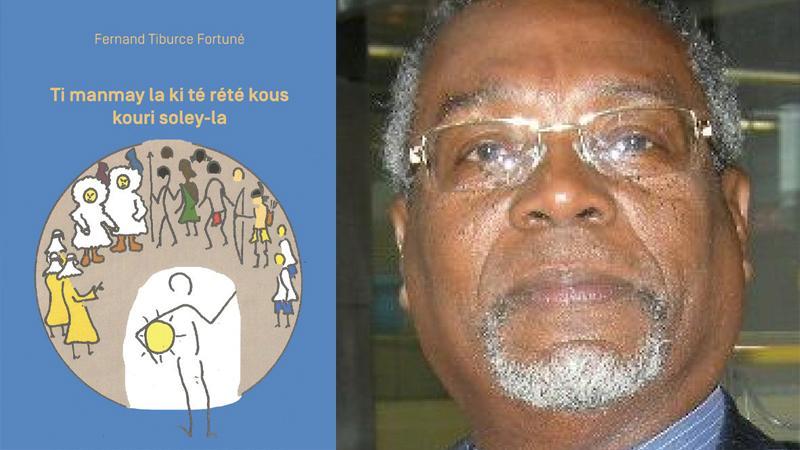 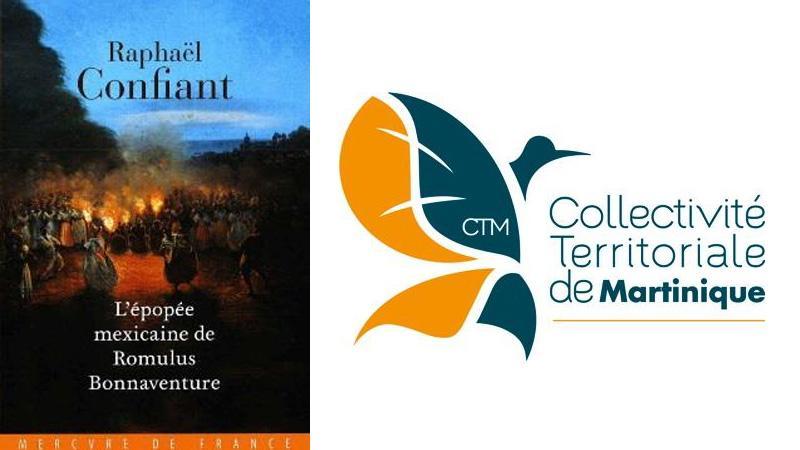 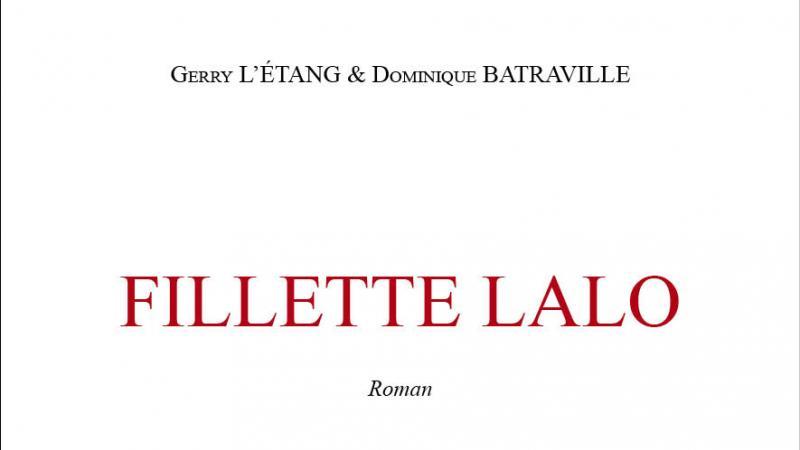 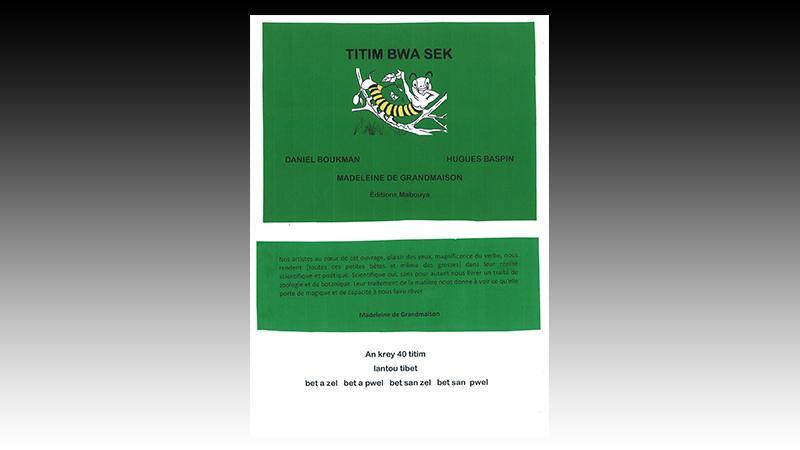