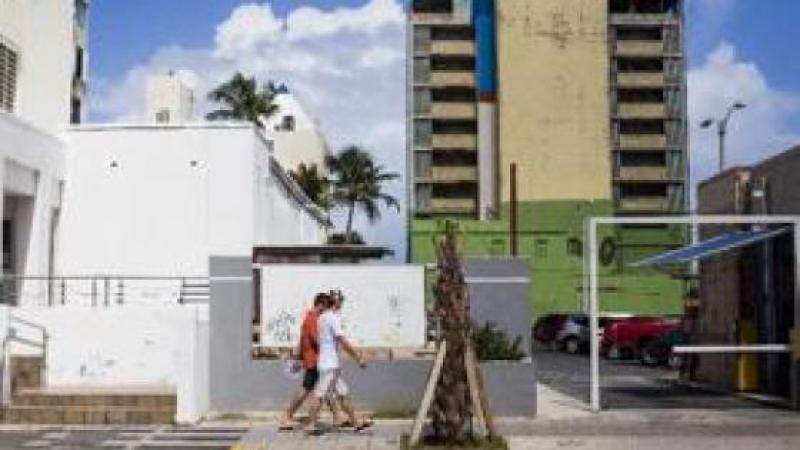 Miami (AFP) - The island of Puerto Rico is depopulating, as residents stream to the US mainland fleeing the island's economic crisis and political gridlock in search of jobs.

Since 2009, more Puerto Ricans have been living pn the American mainland than on the northeastern Caribbean US-territory, a trend that has accelerated in the years since, according to census figures complied by the Washington-based Pew Hispanic Center

In 2012, some 4.9 million Puerto Ricans lived in one of the 50 US states or the US capital, while the island had a population of 3.5 million, according to the study out this week.

"We are seeing the biggest outmigration from Puerto Rico to the US that we've seen since at least the 1950s," during the US economic boom, said study author Mark Hugo Lopez.

"It looks like the island is on a long run cycle of population decline." 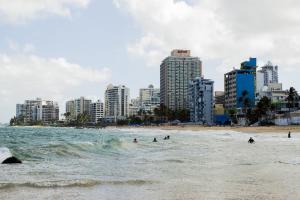 Vacant buildings dot the coast in the upscale Condado neighborhood on November 12, 2013 in San Juan, …

The United States seized Puerto Rico from Spain in a 1898 war.

Residents of the Caribbean island are US citizens, serve in the military and have US passports, but cannot vote in US presidential elections.

The self-governing territory's sole representative in the US Congress is a non-voting delegate in the House of Representatives. However, island residents pay no federal income tax.

Two parties dominate the political scene -- one favoring statehood, and the other seeking the island's commonwealth association with the United States. 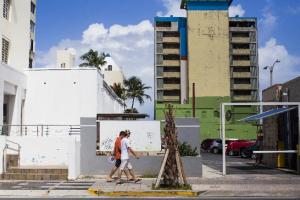 Two men walk past a vacant building on November 12, 2013 in the upscale Condado neighborhood of San  …

The two main parties have almost equal representation in the legislature, and have clashed fiercely over how to improve the anemic economy.

The massive outflow of population coincided with an economic crisis that began in 2006, when a federal tax exemption expired on local manufacturing, including food products, chemicals and machinery.

Unemployment jumped to 13.1 percent in June of that year on the island, according to official figures, more than double the 6.1 percent at the same time on the US mainland. 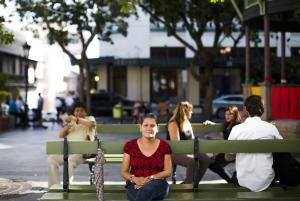 A woman sits on a bench on November 14, 2013 in San Juan, Puerto Rico (AFP Photo/Christopher Gregory …

Between 2000 and 2010, there was an unprecedented 2.2 percent population drop after nearly a century of growth, Duany told AFP.

Forty-two percent of those who leave Puerto Rico say they are looking for a job, according to Pew Hispanic.

Census figures suggest that the depopulation trend will continue at least until mid-century.

As a result, the island's population is aging, decreasing the productive population and forcing an ever smaller number of working people to fund the tax and retirement system.

In 2010, the percentage of the population older than 65 in Puerto Rico was higher than the United States and every Latin American country except Cuba, Duany said. 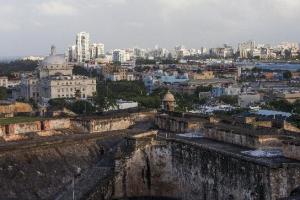 Neither does the drop in the birth rate help. On average, there are 1.7 children per woman on the island, below the level of natural reproduction.

"At that level, it's impossible for the Puerto Rican population to grow," Duany said.

"They contribute to the decline of the economy," Birson said.

A report by the Institute of Statistics of Puerto Rico said that a quarter of the island's gross domestic product was lost between 2006 and 2011 because of the exodus.

"This is a vicious cycle," said Edwin Melendez, head of the Center of Puerto Rican Studies at Hunter College.

Melendez suggested the situation would "eventually" get resolved, but when that would happen and how many people would remain is unclear.

The population movement has also changed parts of the United States, especially Orlando, Florida, which has become the main destination for Puerto Ricans.

Orlando, home to major amusement parks, is expected by the end of the decade to surpass New York as being the home to the largest concentration of Puerto Ricans on the mainland 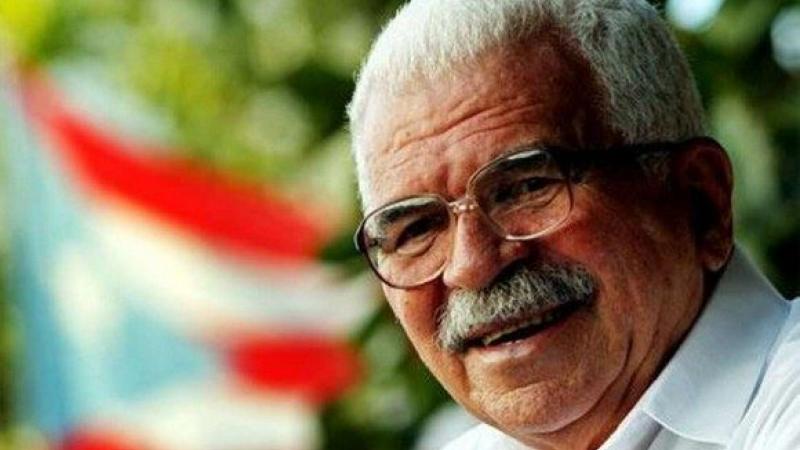 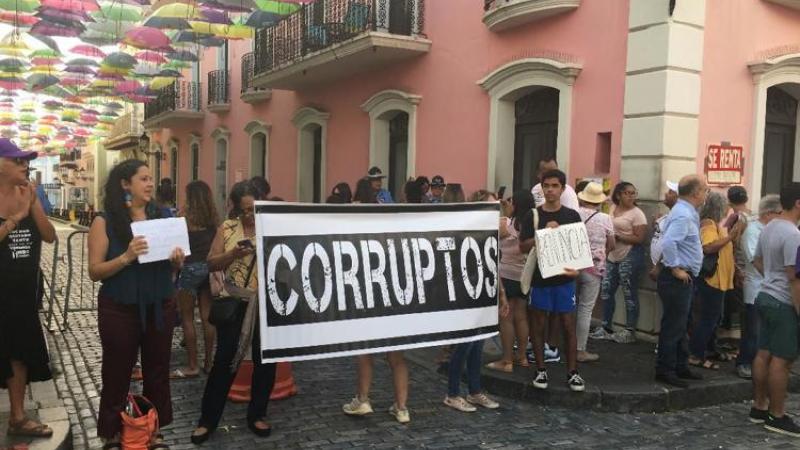 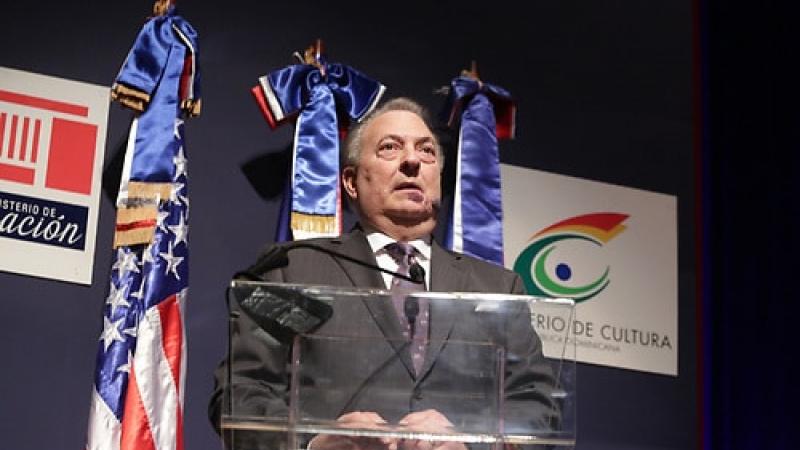 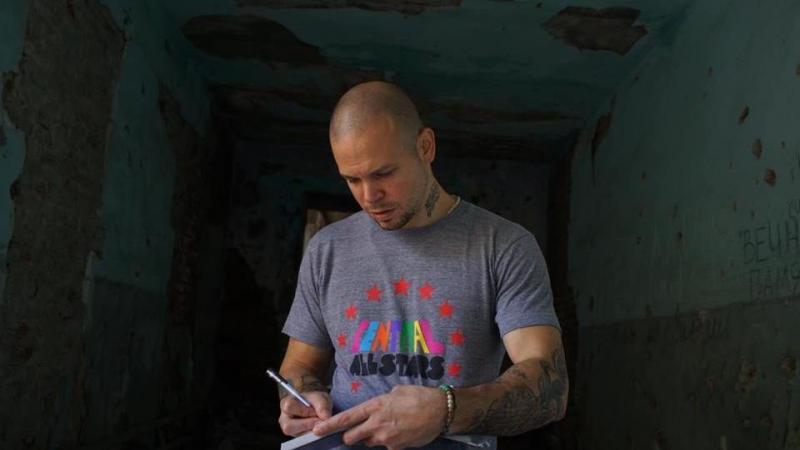 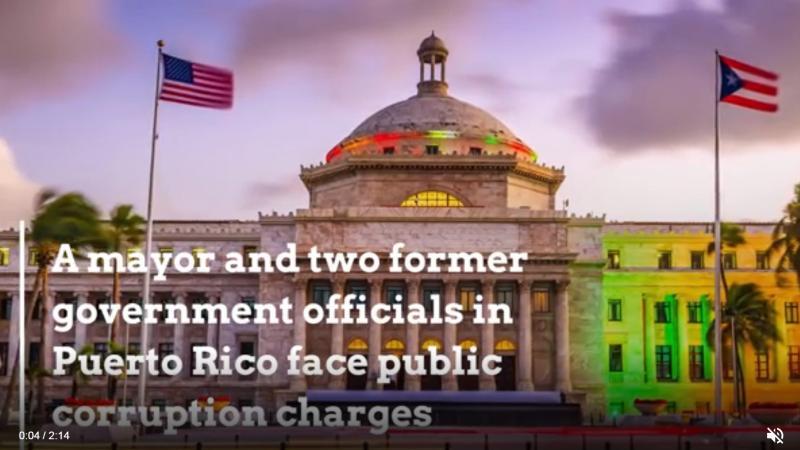