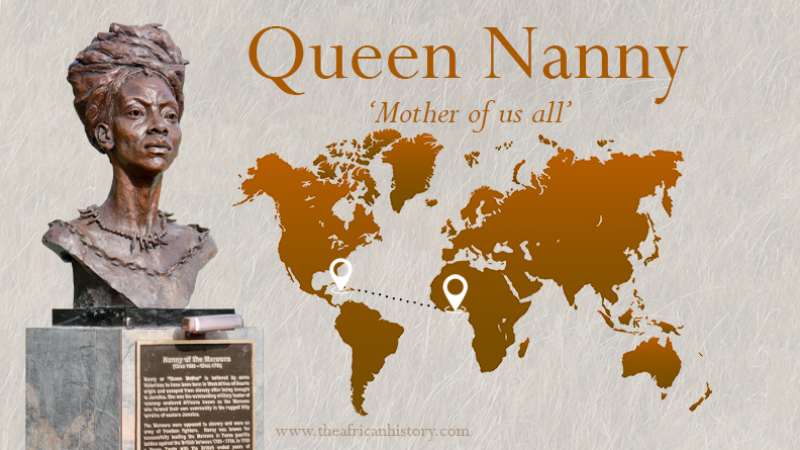 Historians have largely ignored Queen Nanny of the Windward Maroons, focusing instead on male figures in Maroon history. The Maroons, on the other hand, hold her in the highest regard. Queen Nanny’s biographical data is sketchy, with her name appearing just four times in written historical documents, and typically in unflattering terms.

She is, nonetheless, regarded as the most significant figure in Maroon history. She was the Windward Maroons’ spiritual, cultural, and military leader, and her significance arises from the fact that she led the Maroons through the most difficult era of their resistance to the British, from 1725 to 1740.

Queen Nanny is thought to have been born in the 1680s on the Gold Coast of Africa (now known as Ghana). She was said to be from the Ashanti or Akan tribes, and she arrived in Jamaica as a free lady.

It’s probable that Queen Nanny, who is said to be of royal African descent, brought her own slaves. Slaves were kept by African dignitaries on a regular basis. She was rumored to have been married to Adou but had no children. In the 1730s, she died.

Moore Town, the Windward Maroons’ main settlement, was established in 1734 when the British demolished the former Maroon town, known as ‘Nanny Town.’

Identity and Culture of the Maroons in the Past

Slaves from the Gold Coast, Congo, and Madagascar were introduced to Jamaica as slaves. The Gold Coasters were the majority in Maroon settlements. This group was known as Coromantie or Koromantee in Jamaica.

They were tough and fierce combatants who preferred resistance, survival, and most importantly, freedom, and refused to be enslaved. They led the majority of slave revolts in Jamaica from 1655 through the 1830s.

The Maroons placed a high value on spiritual life, which was interwoven into every element of life, from child upbringing to military operations. Slave revolts almost often included African spiritual rituals. Obeah was commonly employed by leaders, such as Queen Nanny, who were able to inspire confidence in their followers.

Spiritual rituals like Obeah (and voodoo in Haiti) originated in Africa and were particularly important to the black community during slavery. However, as Western culture was pushed on the Caribbean under colonial control, many African customs became “outlawed” and associated with negative connotations.

Their forefathers are honored in Maroon culture, and their significance in everyday life is recognized. The history is both taught and shared as a source of pride. The history of Maroon resistance to slavery is a source of immense pride among modern-day Maroons, and it is an important aspect of Maroon identity.

The story of the Maroons’ resilience and ability to hold off British troops for nearly eighty years is unlike any other in history. The Maroons’ unwavering courage and determination were what got them to freedom. Their fight against slavery was fueled by their memories of Africa and its culture.

Their African culture and identity instilled in them a strong sense of self-worth and confidence. So much so that the stigma of inferiority imposed by the plantocracy was lessened. As a result, the Maroons’ fight to slavery was a defense of their culture and identity, spiritual and political principles, and the survival of African civilisation.

This is why their Maroon ancestors play such an important role in their daily life. There is a ‘private’ portion of the Maroon celebrations of the 1739 Peace Treaties that only Maroons are allowed to attend, where the ancestors are claimed to appear, especially Queen Nanny, who is revered.

The Importance of Female Maroons

Slavery was cruel on the plantations, and women were not spared. Slave marriages and unions were forbidden. Those who were able to arrange secret unions were forced to watch as their children were taken away from their mothers shortly after birth and sold into slavery.

Many ladies chose abortion rather than see their children suffer the same fate (slavery) as they had. Moreover, women on the estates were physically exploited by their slave masters through rape and other brutal sexual practices. They, too, were subjected to arduous physical labor in the home, performing domestic duties and raising their slave lords’ children. Some worked on the plantation itself on occasion.

The Maroon women, on the other hand, grew crops and were responsible for the majority of the agricultural output in their communities. Wild pigs were killed, and plantations were raided for food and supplies, as well as to release slaves. The plantations were frequently invaded in order to reintroduce women into the Maroon villages, who would otherwise be unable to expand their numbers and assure the race’s survival.

Legends abound of great female Maroon warriors raiding plantations and freeing slaves, carrying massive blades and chopping off the heads of the British. Women in Maroon villages were strong because of their place in traditional Ashanti or Akan culture. The Ashanti culture was founded on a heritage of powerful and revered women and a warrior nation tradition. In Maroon language and culture, many Ashanti aspects were preserved.

Queen Nanny is attributed with being the military leader of the Windward Maroons, who used devious tactics to defeat the British on numerous occasions. She was an expert in guerilla warfare and taught Maroon troops how to hide in plain sight.

According to oral history, Nanny would cover her men with branches and leaves, urging them to stand as still as possible in order to mimic trees. The British soldiers would be picked off by the Maroons as they approached, fully ignorant that they were encircled.

The Maroon communities were high in the mountains, with only a tiny path connecting them to their town. As they marched in single line, the British soldiers could be easily identified as they approached, allowing them to be taken off one by one. This strategy worked particularly well when a significant number of British soldiers were slain by a small number of Maroons.

During the height of the Maroon struggle against the British in 1737, Nanny and her people were on the verge of hunger, and she was about to surrender when she heard voices from her ancestors begging her not to give up.

She found pumpkin seeds in her pocket when she awoke, which she planted on the hillside. The seeds grew into enormous plants bearing pumpkins within a week, providing much-needed food for the famished people. One of the hills in Nanny Town is still called as ‘Pumpkin Hill.’

The story of Nanny catching bullets has two versions. The first is that Queen Nanny could catch bullets in her hands, which was a highly developed art form in several parts of Africa at the time. Nanny was also said to be able to collect bullets in her buttocks and fart them out again.

According to renowned historian Edward Braithwaite, the original story was given a filthy twist by British colonialists who despised Nanny and were deliberately insulting about her when they told this story.

Last but not least, Queen Nanny is said to have positioned a big cauldron near the edge of a narrow mountain path. Even though there was no fire beneath it, the pot was believed to be boiling. Approaching British soldiers would peer inside, fall in, and perish. Some people were supposed to pass out and fall down the hill.

Because Nanny was known to be a herbalist, it’s been suggested that the pot included unique plants with anesthetic effects. According to modern historians, the pot was actually a circular basin formed by the Nanny River’s hollowed-out rocks united by the Stony River’s waters. The water was always frothy due to the constant flow of the river, giving it the impression of a boiling pot.

Queen Nanny is recognized with uniting the Maroons across Jamaica and contributing significantly to the preservation of African culture and knowledge. The British despised her. Early historians wrote about the Maroons in unflattering ways, attempting to portray them as savages no better than animals. Queen Nanny was frequently depicted as a bloodthirsty figure.

Thickness’ notebook from 1788 recorded an encounter with a woman who appeared to be Nanny herself and was wearing bracelets and anklets made from British soldier’s teeth. “The old hag wore a girdle around her waist with nine or ten various knives hung from it in sheaths, many of which I’m sure were sunk in human flesh and blood.”

Much of Edward Braithwaite’s efforts was essential in Queen Nanny being named a National Hero of Jamaica in 1976.

This resulted in a national acknowledgement of the Maroons’ assistance to the liberation of the slaves from the British.

The Windward Maroons, led by Queen Nanny, are a symbol of resistance, insurrection, and survival. Queen Nanny is a symbol of oppression for all those who are oppressed. Nanny of the Windward Maroons was encouraging her people to oppose enslavement at all costs while Queen Elizabeth 1 dispatched pirate John Hawkins on her own ship, the SS Jesus of Lubeck, to Africa with orders to take Africans to Jamaica. Queen Nanny is thus the actual Queen of Jamaica. 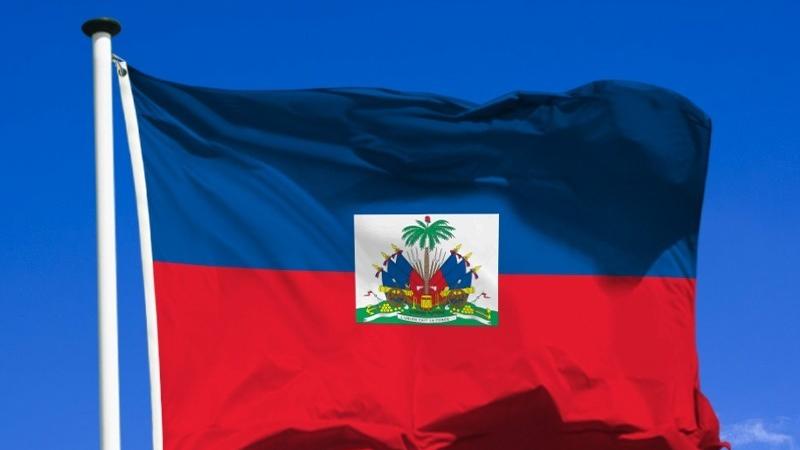 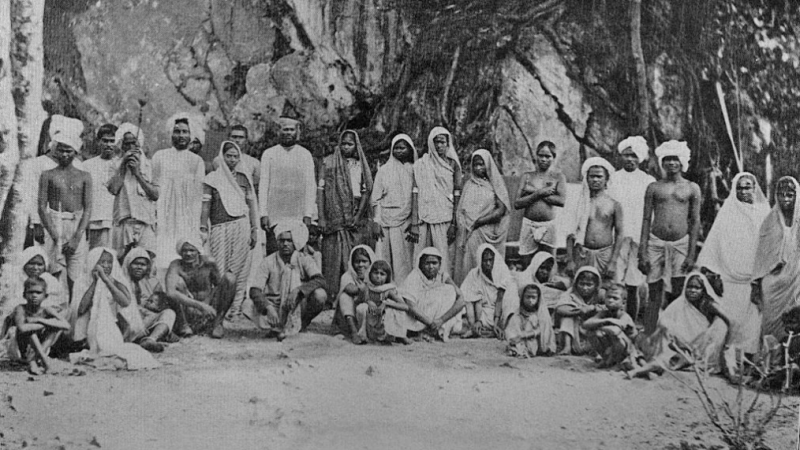 Book Review: Why the Coolie Was a Central Figure in World War I 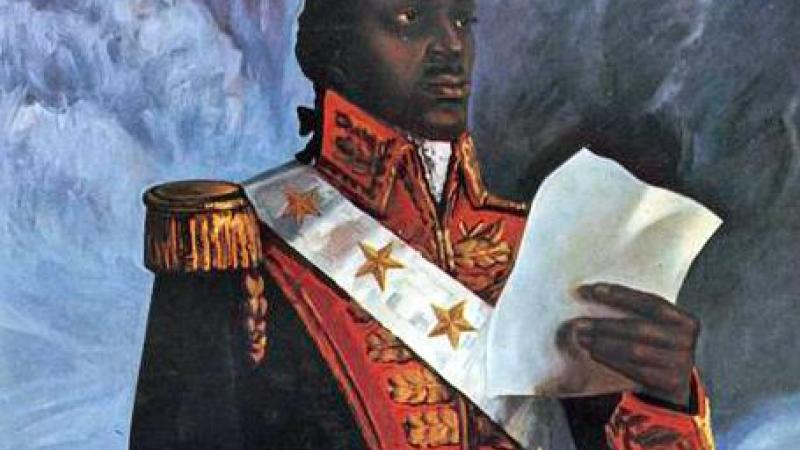 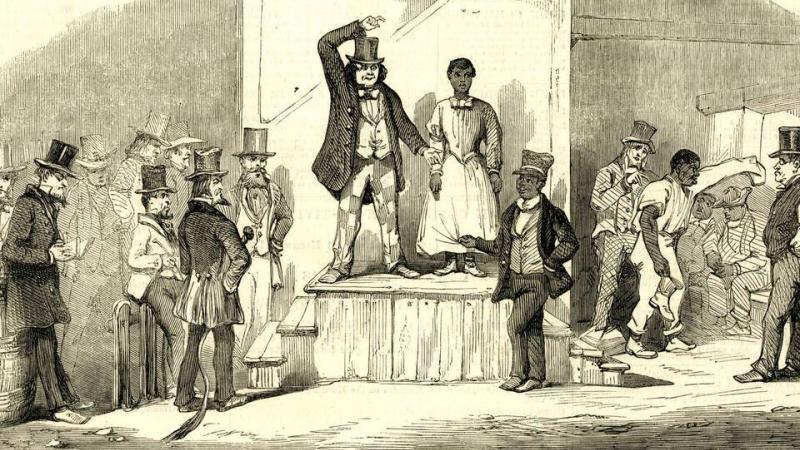 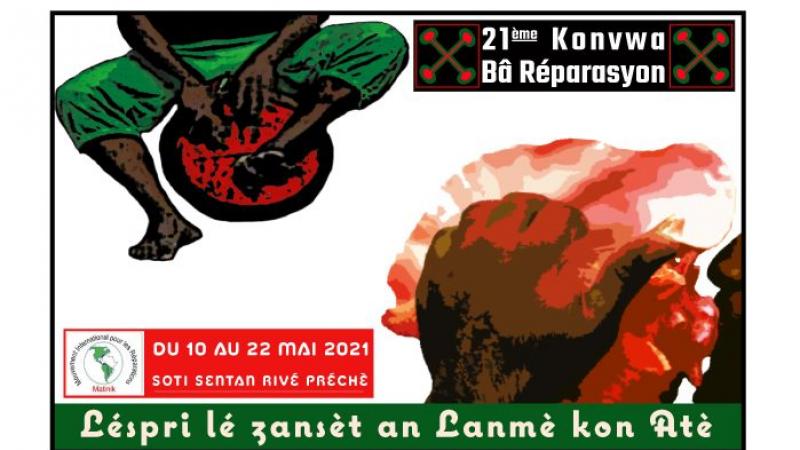