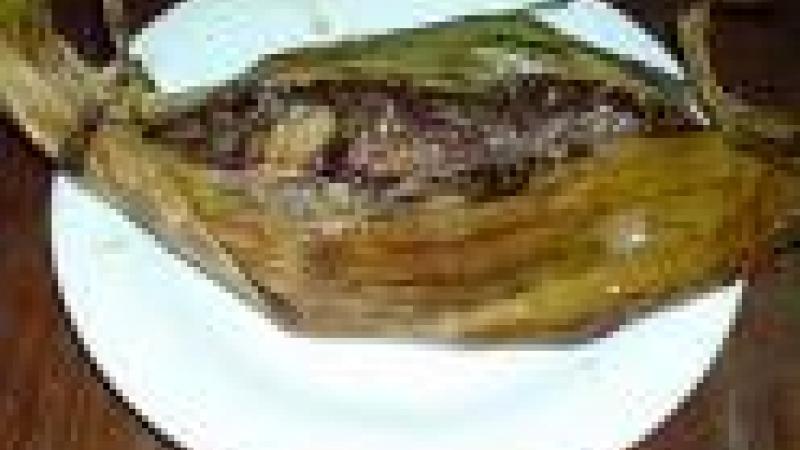 {{Lanka to use banana leaves as food wrappers}}

Colombo (PTI): In an eco-friendly measure against the environmental hazard caused by polythene wrappers, the Sri Lanka government has evolved a technique to prepare food wrappers from banana leaves.

The Sri Lankan Agriculture Ministry has claimed that it has perfected in the technology for making available the all pervading aromatic "cured" banana leaves and to keep it for a longer duration without any change in its colour or quality.

"As a result on an experiment carried out at Agriculture Research Station, Telijjawila in Southern Sri Lanka a technique has been perfected to produce cured banana leaves that can be kept more than one month under refrigerated condition without any changes in colour or quality," the ministry said.

"People have been using banana leaves to wrap food items since ancient times and this practice is common among majority of the cultures in the south Asia," the study said.

Meal wrapped in banana leaves has additional taste as it gives a distinct fragrance. It also keeps the food fresh for a longer time, the report said, adding that the non-availability of it had led to the alternate use of plastics.

Polyethylene sheet is a convenient wrapper but these take about more than one year to start degradation thereby creating pollution and leading to many undesirable consequences.

"In addition, these sheets could contain various chemical compounds which may be harmful to the humans when exposed for a longer time period," the study said.

Describing the methodology to keep leaves fresh for long duration, the study said well grown leaves are trimmed and separated into pieces (45cm x 45cm) excluding the mid rib. These pieces may be rectangular or round in shape depending on the requirement.