‘ENGLISH IS FOR SISSIES!’ - CRISIS AS BOYS REJECTING ENGLISH LANGUAGE 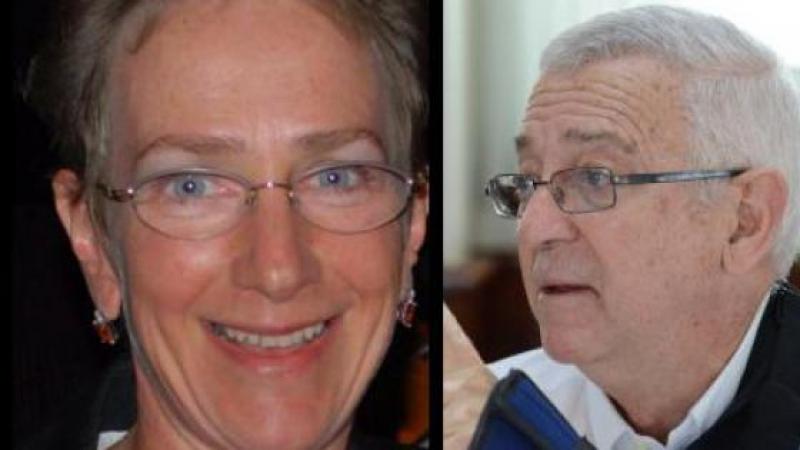 A recent survey by the British Council has found that the tendency of Jamaican boys to view reading and language proficiency as a mark of effeminacy has contributed to the decline in students' performance in English over the last few years. The survey, which was a precursor to the implementation of a 'Teaching teachers to teach English' programme in Jamaica, saw language consultants from outside the island visiting six non-traditional high schools, one primary school, one traditional high school and two teacher-education colleges to do assessments.

The team noted in the report of its findings that the decline in students' performance in English was being fuelled by a non-reading culture, the use of Patois as refuge against standard Jamaican English, as well as boys seeing reading and language proficiency as effeminate.

These factors, the team found, have contributed to the inability of some Jamaicans to speak English and a less-than-stellar performance in the Caribbean Secondary Education Certificate (CSEC) English.

"There has been a decline in the pass rate at the CSEC level. That within itself is an indication of the level of assimilation of the English language," said project manager at the British Council, Morland Wilson.

The fact that boys are refusing to speak Standard English because of a fear of being teased does not come as a surprise to Professor of Linguistics Dr Silvia Kouwenberg.

"This observation is not new to me. Nor is it surprising, considering that we live in a society where boys earn prestige by being 'rude'," said the professor from the Department of Language, Linguistics and Philosophy at the University of the West Indies, Mona.

NOT UNIQUE TO JA

She said this situation is not necessarily unique to Jamaica and means that boys oftentimes do not do well in situations where they are expected to be well behaved.

According to Kouwenberg, boys and girls sometimes use speech to express their gender identities.

"In the linguistic reality of Jamaica, English is associated with being well behaved in the classroom - as girls are expected to be. This in turn makes English a 'girlish' language. So a boy who does well at English is seen as girlish by his peers," she said.

The professor noted that, in reality, English is a second language for most persons locally and the first language for only a minority of Jamaicans.

In fact, because it is not widely used, a lot of people lack the confidence to speak it.

"The truth is that a language which is learnt and used only at school and does not make the transition to other social contexts is unlikely to thrive," she said.

The study conducted by the British Council also pointed to the fact that teachers themselves are not always confident in their use of English while in the classroom.

The team of language specialists noted that there are obvious issues with teachers' subject content knowledge.

"... the teachers refer to 'the writing process' but the structured progressive journey of speaking and listening (vocabulary), reading and writing is not always clear to the teachers and, therefore, not constructed for children," stated the report, which also noted that the concentration of workbooks and worksheets didn't always provide opportunities for extended learning.

Kouwenberg believes that the idea that children will be able to learn English as well as native speakers simply by being exposed to it in school is a pipe dream.

"At this time, in my opinion, teachers are not equipped with a useful method of English language teaching where most of their charges speak Jamaican Creole," she said.

"It is well known, and was exposed in a series of Gleaner articles a few years ago, that about half the age cohort is not given an opportunity to fail CSEC English as the schools will not allow these children to go up for the examination," she noted.

But Education Minister Ronald Thwaites believes the planned introduction of an oral presentation aspect to CSEC English in the coming years will encourage students to better appreciate the use of the language.

The same will be done for the Grade Six Achievement Test.

"If you are going to cut off your nose to spite your face, by thinking that it makes people think you are effeminate, well, you won't be doing well in those subjects," he warned those who refuse to speak Standard English because they fear being teased by their peers.

Thwaites said he had heard of the linkage being made between English proficiency and effeminacy within the Jamaican context, but found it surprising that boys, especially, were actually conforming to this view.

"Boys want to grow into men who are accomplished and responsible and professional and can earn money and please girls and all those things. What we need to get across to them is that a command of the English language is absolutely essential to do this," he said.

He admitted there was still more work to be done to improve students' grasps of English and CSEC passes.

"We are on an arc of improvement, but still not where we would want to be, and I think the reason is because we don't recognise that for many people, English is a second language, and we need to teach it as a second language, which the ministry is now doing," said Thwaites.

The 'Teaching teachers to teach English' programme has already been introduced to more than 100 countries spanning six continents, but Jamaica will be the only English-speaking country worldwide to benefit because Jamaicans are considered to be bilingual.

Post-scriptum:
Kouwenberg: In the linguistic reality of Jamaica, English is associated with being well-behaved in the classroom - as girls are expected to be. This in turn makes English a 'girlish' language. So a boy who does well at English is seen as girlish by his peers. Ronald Thwaites: Boys want to grow into men who are accomplished and responsible and professional and can earn money and please girls and all those things. What we need to get across to them is that the command of the English language is absolutely essential to do this. 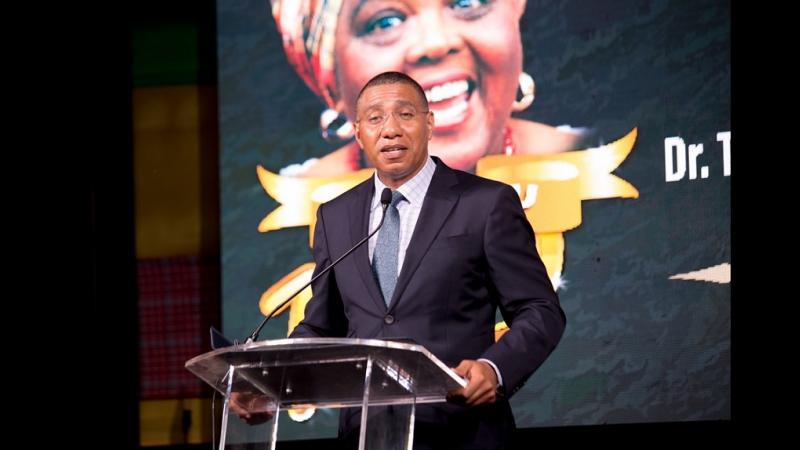 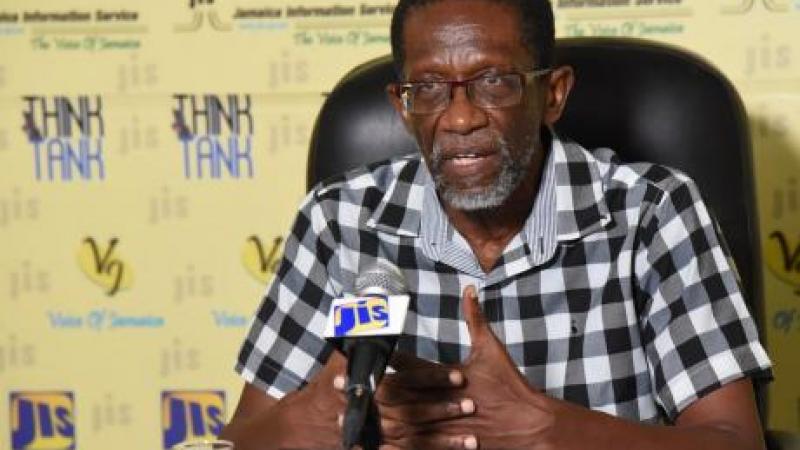 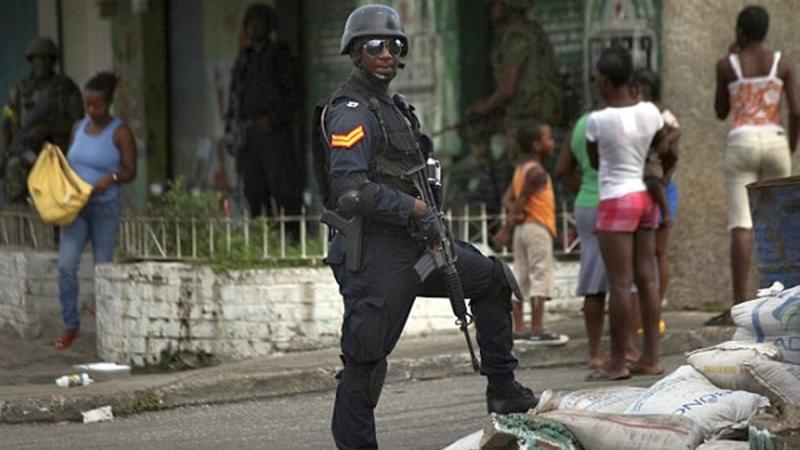 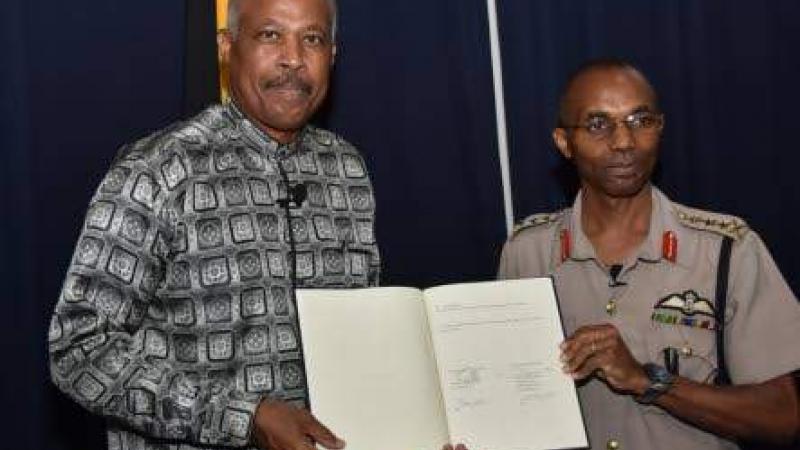