The Caribbean islands poisoned by a carcinogenic pesticide 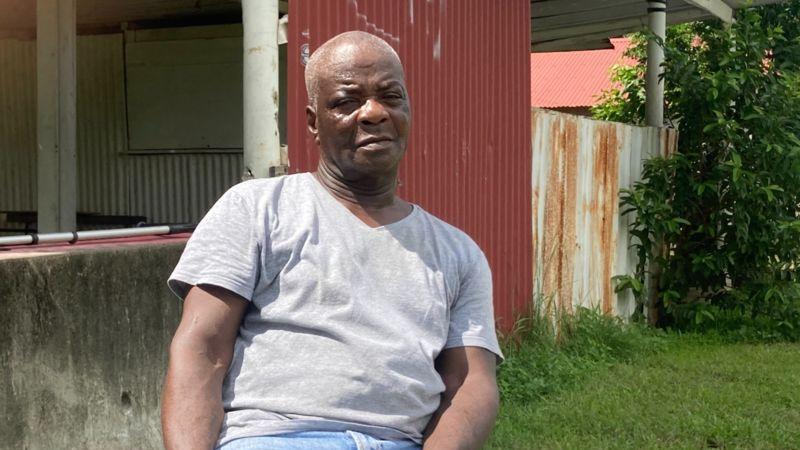 "First we were enslaved. Then we were poisoned." That's how many on Martinique see the history of their French Caribbean island that, to tourists, means sun, rum, and palm-fringed beaches. Slavery was abolished in 1848. But today the islanders are victims again - of a toxic pesticide called chlordecone that's poisoned the soil and water and been linked to unusually high rates of prostate cancer.

"They never told us it was dangerous," Ambroise Bertin says. "So people were working, because they wanted the money. We didn't have any instructions about what was, and wasn't, good. That's why a lot of people are poisoned." He's talking about chlordecone, a chemical in the form of a white powder that plantation workers were told to put under banana trees, to protect them from insects.

Ambroise did that job for many years. Later, he got prostate cancer, a disease that is commoner on Martinique and its sister French island of Guadeloupe than anywhere else in the world. And scientists blame chlordecone, a persistent organic pollutant related to DDT. It was authorised for use in the French West Indies long after its harmful effects became widely known.

"They used to tell us: don't eat or drink anything while you're putting it down," Ambroise, now 70, remembers. But that's the only clue he and other workers in Martinique's banana plantations in the 1970s, 80s and early 90s had about the possible danger. Few if any were told to wear gloves or masks. Now, many have suffered cancer and other illnesses. 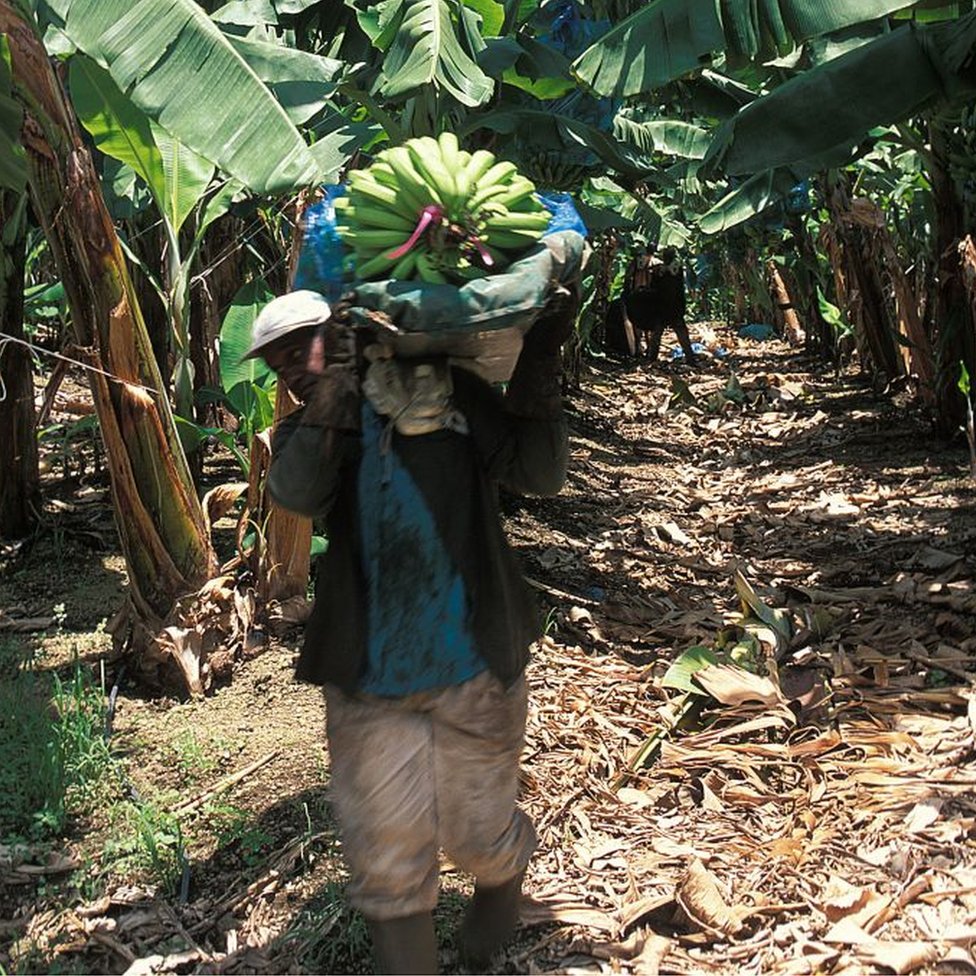 Chlordecone is an endocrine disrupter, meaning it can affect hormonal systems.

One of the world's leading experts on the chemical, Prof Luc Multigner, of Rennes University in France, says epidemiological studies have shown increased risk of premature births and increased risk of adverse brain development in children at the exposure levels people in Martinique and Guadeloupe face through contaminated food consumption.

He also says: "There is enough toxicological and experimental data to conclude that chlordecone is carcinogenic."

Following a detailed study Prof Multigner and colleagues conducted on Guadeloupe in 2010, he estimates chlordecone is responsible for about 5-10% of prostate cancer cases in the French West Indies, amounting to between 50 to 100 new cases per year, out of a population of 800,000.

Chlordecone stays in the soil for decades, possibly for centuries. So more than 20 years after the chemical ceased to be used, much of the land on Martinique cannot be used for growing vegetables, even though bananas and other fruit on trees are safe.

Rivers and coastal waters are also contaminated, which means many fishermen cannot work. And 92% of Martinicans have traces of chlordecone in their blood. 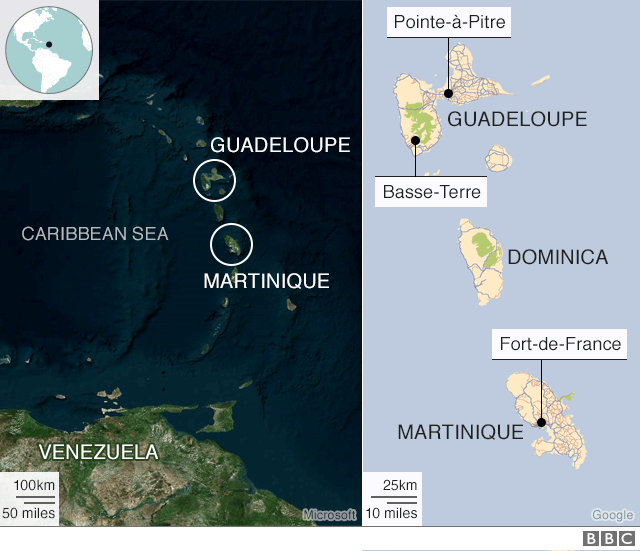 "You try to have a healthy kind of life. So maybe you will limit the effects of the poison. But you are not sure," says historian Valy Edmond-Mariette, aged 31. "My friends and I were asking ourselves: do we really want children? Because if we give them breast milk, maybe they will have chlordecone in their blood. And I think nobody should be asking themselves this kind of question, because it's awful."

Production of chlordecone was stopped in the United States - where it was marketed as Kepone - as far back as 1975, after workers at a factory producing it in Virginia complained of uncontrollable shaking, blurred vision and sexual problems. In 1979, the World Health Organization classed the pesticide as potentially carcinogenic.

But in 1981 the French authorities authorised chlordecone for use in banana plantations in the French West Indies - and even though it was finally banned in 1990, growers lobbied for - and got - permission to carry on using stocks until 1993.

That's why - for many Martinicans - chlordecone stirs up painful historical memories. "A lot of people talk about chlordecone like a new kind of slavery," says Valy, whose own ancestors were enslaved. For two centuries, until 1848, Martinique was a colony that depended on the production of sugar by enslaved people. And in the late 20th Century, some of the big banana growers who used chlordecone were the direct descendants of those slave-owning sugar exporters, part of a small white minority known as the békés. 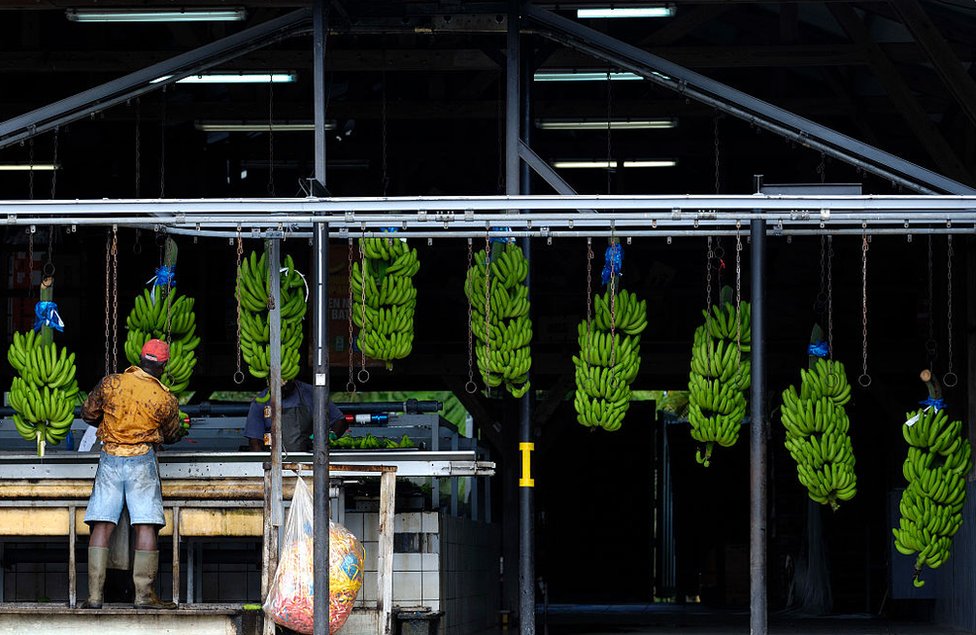 "Those are still the same group of people who have uncontested domination of the land," says Guilaine Sabine, activist in a grassroots organisation called Zero Chlordecone Zero Poison. As well as campaigning for free blood tests for everyone on the island, members of the group have taken part in a new wave of protests over the last year aiming to draw attention to businesses that activists say have profited from the production and use of toxic pesticides. The demonstrations have been small, and some protesters have been convicted of violence against the police. But they reflect wider anger over the slow pace of France's response to the chlordecone catastrophe.

It was only in 2018 - after more than 10 years of campaigning by French Caribbean politicians - that President Emmanuel Macron accepted the state's responsibility for what he called "an environmental scandal". He said France had suffered "collective blindness" over the issue. A law to create a compensation fund for agricultural workers has now been passed. But payouts haven't started yet. 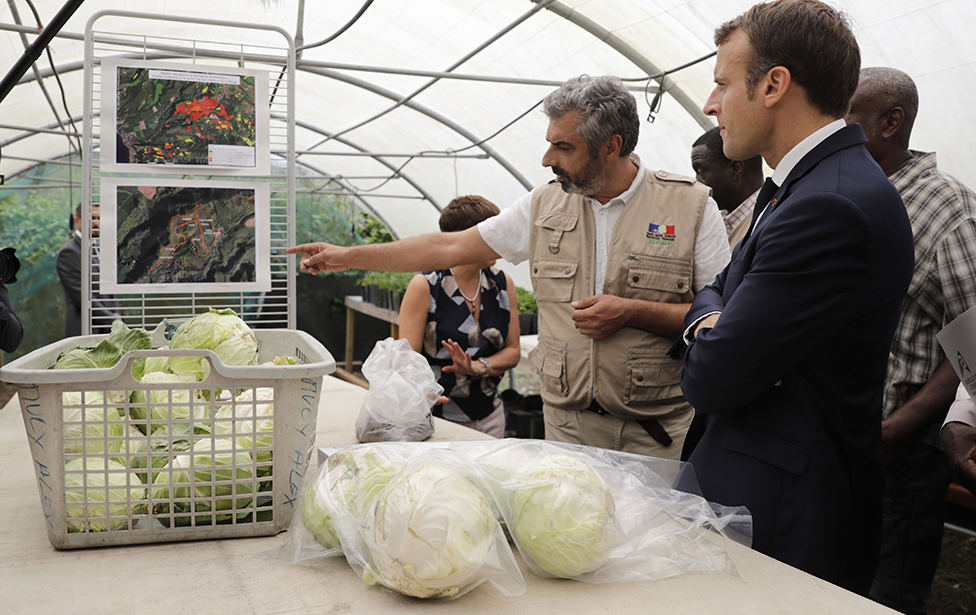 Martinique is an integral part of France, but one of the island's MPs, Serge Letchimy, says it would never have taken the state so many years to react if there had been pollution on the same scale in Brittany, for example, or elsewhere in European France. "The issue is how overseas territories get treated. There's contempt, distance, condescension, lack of respect."

Prof Multigner says the original documents of the official body that authorised use of the pesticide in 1981 have disappeared for unknown reasons, hampering attempts to investigate how the decision was taken.

But the state's representative on Martinique, Prefect Stanislas Cazelles, insists there was no discrimination against the islanders.

"The Republic is on the side of the oppressed, of the weakest here, just as in the European part of France," he says. 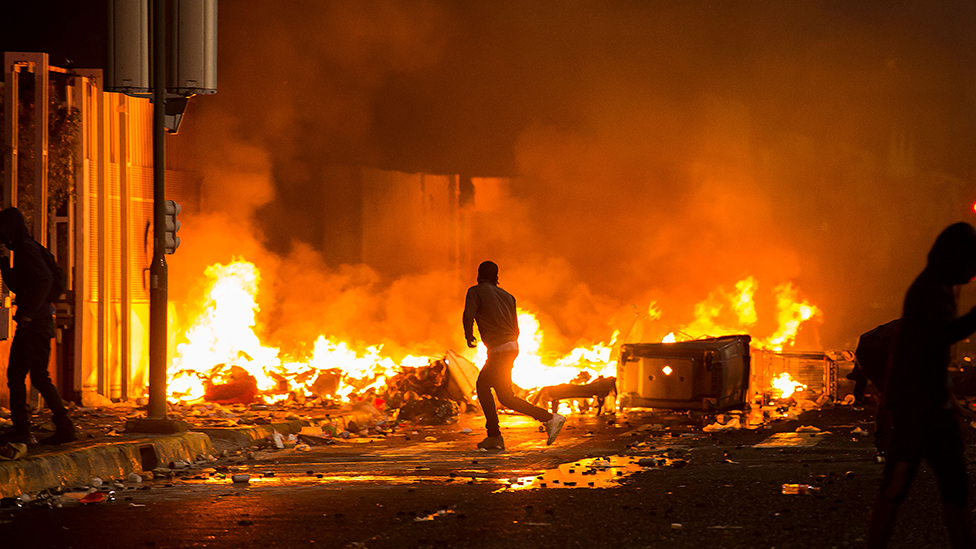 The state is working to find ways to decontaminate the land - some scientists think chlordecone can potentially be biodegraded quite quickly - and ensure there is no trace of the pesticide in the food chain. And the prefect hopes the independent commission that will judge compensation claims will generally rule in favour of former farm workers who say they are victims of the pesticide.

Ambroise, who worked with chlordecone for so many years, had an operation to remove his cancer in 2015. But he still suffers from thyroid disease and other problems that may be connected to chlordecone's known effects on the hormonal system.

Meanwhile the historian, Valy, had blood cancer when she was just 25. Her doctor does not think it was due to chlordecone. But Valy says no-one can be sure.

Worrying about the effects of the pesticide, she says, can be exhausting. "But in the end, you can't control everything. You have to admit that to some extent, you're poisoned, so you just deal with it." 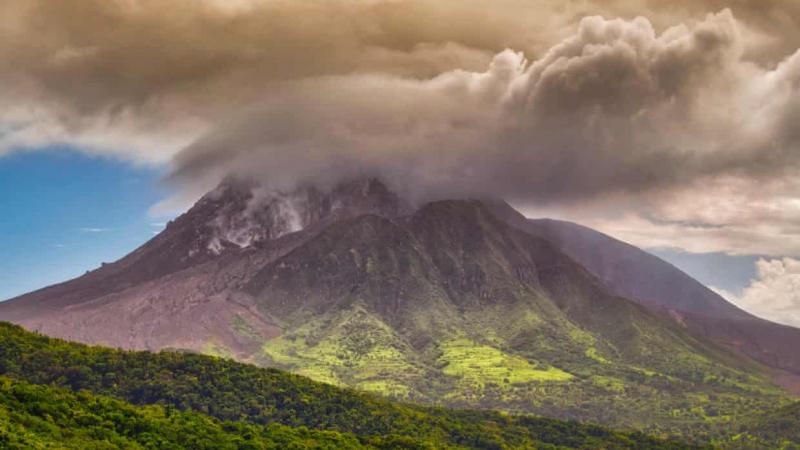 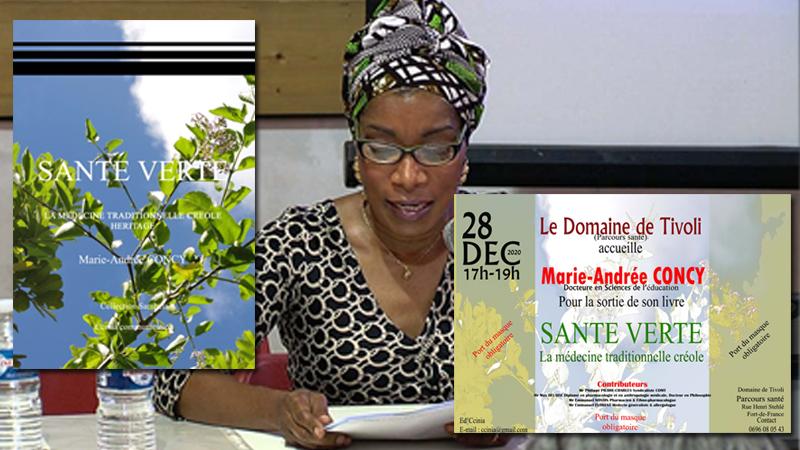 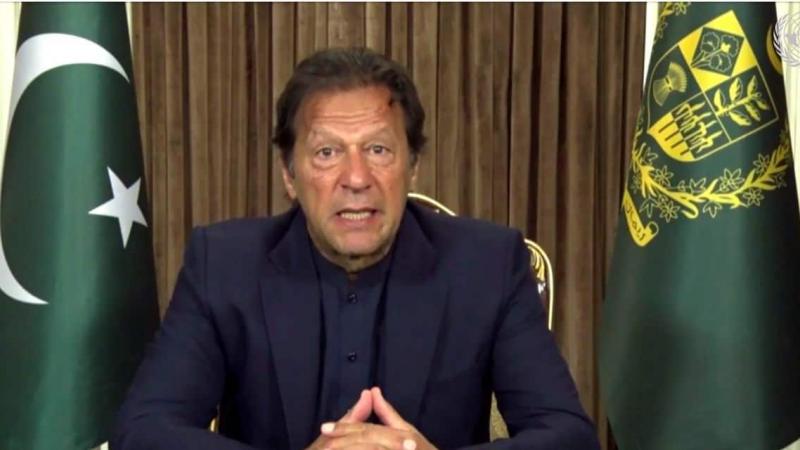 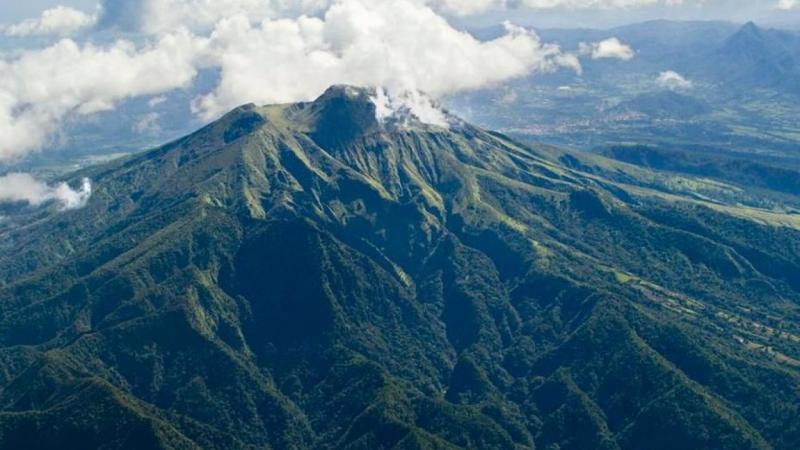 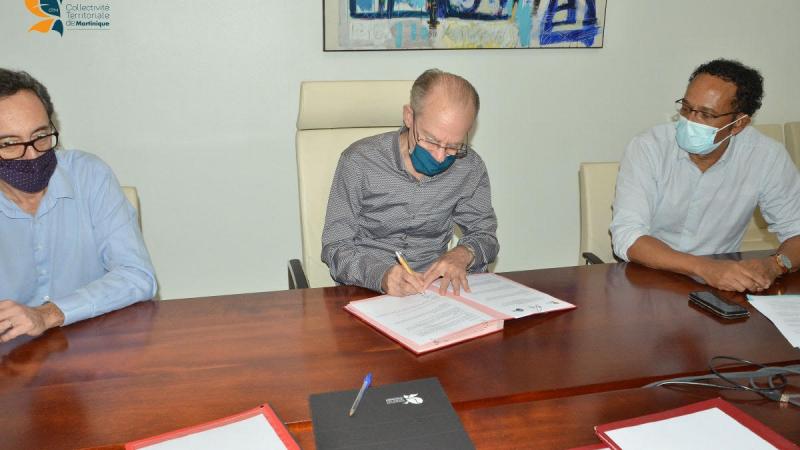