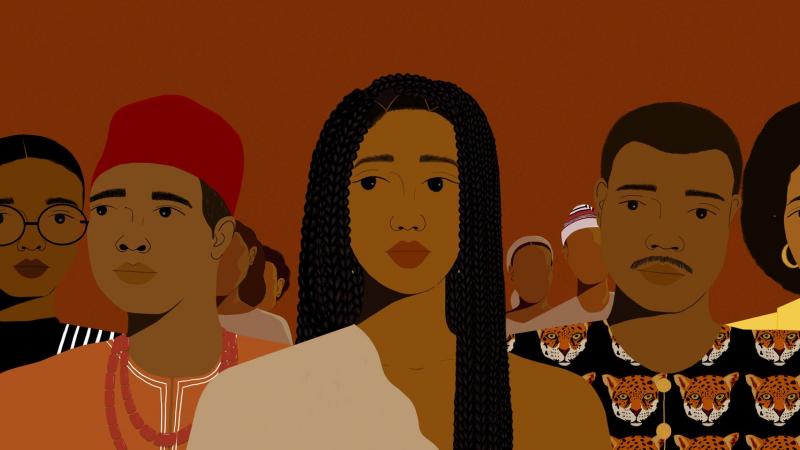 On a sunny morning in November, 2018, twelve men and two women gathered in a lavishly furnished living room in Oguta, a town in southeastern Nigeria, with the air-conditioning at full blast. They had come to discuss the caste system that persists among the Igbo people in the region.

The group’s host, Ignatius Uchechukwu Okororie, a short, sixty-two-year-old retired civil servant, split open a kola nut with his fingernails and ate its flesh; he then passed a metal tray of nuts around the room, for the others to taste. “He who brings kola nut brings life,” he said. The breaking of kola nut, known as iwa oji, is an important Igbo ritual traditionally performed to welcome guests to a gathering. The group in Okororie’s living room were members of a caste called ohu: descendants of slaves who, almost a century ago, were owned by townspeople. They are typically restricted from presiding over such ceremonies. In Okororie’s house, the iwa oji was a small rebellion.

Slavery existed among the Igbo long before colonization, but it accelerated in the sixteenth century, when the transatlantic trade began and demand for slaves increased. Under slavery, Igbo society was divided into three main categories: diala, ohu, and osu. The diala were the freeborn, and enjoyed full status as members of the human race. The ohu were taken as captives from distant communities or else enslaved in payment of debts or as punishment for crimes; the diala kept them as domestic servants, sold them to white merchants, and occasionally sacrificed them in religious ceremonies or buried them alive at their masters’ funerals. (A popular Igbo proverb goes, “A slave who looks on while a fellow-slave is tied up and thrown into the grave should realize that it could also be his turn someday.”) The osu were slaves owned by traditional deities. A diala who wanted a blessing, such as a male child, or who was trying to avoid tribulation, such as a poor harvest or an epidemic, could give a slave or a family member to a shrine as an offering; a criminal could also seek refuge from punishment by offering himself to a deity. This person then became osu, and lived near the shrine, tending to its grounds and rarely mingling with the larger community. “He was a person dedicated to a god, a thing set apart—a taboo forever, and his children after him,” Chinua Achebe wrote of the osu, in “Things Fall Apart.” (The ume, a fourth caste, was comprised of the slaves who were dedicated to the most vicious deities.)

This piece was supported by the Pulitzer Center.

In the nineteenth century, the abolition of slavery in the West inadvertently led to a glut of slaves in the Igbo markets, causing the number of ohu and osu to skyrocket. “Those families which were really rich competed with one another in the number of slaves each killed for its dead or used to placate the gods,” Adiele Afigbo, an Igbo historian, wrote in “The Abolition of the Slave Trade in Southeastern Nigeria, 1885–1950.” The British formally abolished slavery in Nigeria in the early twentieth century, and finally eradicated it in the late nineteen-forties, but the descendants of slaves—who are also called ohu and osu—retained the stigma of their ancestors. They are often forbidden from speaking during community meetings and are not allowed to intermarry with the freeborn. In Oguta, they can’t take traditional titles, such as Ogbuagu, which is conferred upon the most accomplished men, and they can’t join the Oriri Nzere, an important social organization.

Westerners trying to understand the Igbo system often reach for its similarities with the oppression of black Americans. This analogy is helpful but imperfect. Igbo discrimination is not based on race, and there are no visual markers to differentiate slave descendants from freeborn. Instead, it trades on cultural beliefs about lineage and spirituality. The ohu were originally brought to their towns from distant villages. Community ties are very important in Igbo culture, and so, while the descendants of, say, American immigrants are encouraged to assimilate, the ohu have never lost their outsider status. With the osu, the diala originally believed that mixing with a deity’s slaves would earn them divine punishment. (In its spiritual aspect, the plight of the osu is similar to that of dalits in India or of burakumin in Japan, whose ancestors are believed to have done “polluting” work as butchers or tanners, and who are therefore thought to be impure.) With Christianization, the conscious aspect of this belief dissipated, but not without leaving traces. “The fear people have is: before long, our children and children’s children will be bastardized,” Okoro Ijoma, a professor of Igbo history at the University of Nigeria, Nsukka, told me. “It is about keeping their lineage pure.”

Perhaps the most important difference is that, though abolition in the West was preceded by centuries of activism that slowly (and imperfectly) changed popular attitudes, abolition in southeastern Nigeria was accomplished by colonial fiat—and only after the British no longer had an economic stake in the trade. It therefore seemed to many diala to be as arbitrary and self-serving as when the British pushed the Igbo, in the nineteenth century, to abandon subsistence farming in favor of cultivating cash crops, such as palm oil. The institution of slavery ended, but the underlying prejudices remained. In 1956, the legislature in southeastern Nigeria passed a statute outlawing the caste system, which then simply went underground. “Legal proscriptions are not enough to abolish certain primordial customs,” Anthony Obinna, a Catholic archbishop who advocates for the end of the system, told me. “You need more grassroots engagement.”

No data exist on the number of slave descendants in southeastern Nigeria today; it is rarely studied, and the stigma often compels people to keep silent about their status. (Ugo Nwokeji, a professor at Berkeley who studies the issue, estimates that five to ten per cent of Igbos, which would mean millions of people in Nigeria, are osu, and likely an equivalent number are ohu.) Recently, slave descendants have begun agitating for equality, staging protests and pressuring politicians. In 2017, the governor of Enugu State spoke out against the discrimination, saying that it violated the country’s constitution. In Oguta, ohu have distributed pamphlets and sued diala family members who tried to block them from receiving what they considered to be their inheritances, including access to communal farm land. Two years ago, when an elderly ohu man was snubbed for a seat on the village council, the ohu held a parallel ceremony to install him in the position. The ceremony was invaded by diala, who caused a brawl that the police had to break up. “Their population is much higher than ours,” Okororie said. “That is our only handicap.”

The ohu in Okororie’s living room were there to meet with Ogechukwu Maduagwu, the founder of the Initiative for the Eradication of Traditional and Cultural Stigmatisation in Our Society, or Ifetacsious. “It’s a divine calling,” Maduagwu, who is diala, told me. “We are not blaming or judging our ancestors as evil, but we must accept our new world of freedom and equality.” Maduagwu is forty-three, with thick braids held up in a pompadour. Since August, she had been travelling to each of the five Igbo states to sit down with slave descendants and traditional rulers for “reorientation and reconciliation” meetings. In Nigeria, traditional rulers (such as Igwes and Ezes) form a parallel system of government; though they have no formal role in the state, they have considerable political and economic influence, and preside over aspects of traditional culture, including matters of caste. Maduagwu was hoping to convince the rulers to abolish the system in their regions, a strategy she thought would be more effective than legislation. “It is the responsibility of the traditional rulers and their people to come together and say, ‘We don’t want to continue with this,’ ” she said.

She urged the ohu to avoid violent protest, which she felt was counterproductive. “I plead and implore everyone to rid his heart of vengeance,” she said. At the mention of reconciliation, several ohu smiled skeptically, and, when she finished, almost everyone raised his hand to comment. Afam Oririeze, a retired teacher, pointed out the difficulty of changing not just policy but people’s beliefs. “What is important is us being accepted as human beings,” he said. Okororie commended Maduagwu’s vision but expressed doubt about how much of an impact she could have. “The situation in Oguta is so bad that children in primary schools know and talk about who is ohu and who is not,” he said. “Can you imagine that even children as young as five years old see me and call me ohu?”

The stigmas of the Igbo caste system exist all over southeastern Nigeria, but they are especially salient within small rural communities, where a family’s lineage is impossible to hide. Joseph Agbo, a fifty-two-year-old philosophy professor, grew up in the outermost of the eight or nine wards that make up the town of Isi Enu. Everyone in the ward, which is called Isi Enu-Isi, is ohu; their ancestors, being slaves, were allocated the territory on the town’s outskirts, so that they would bear the brunt of raids from neighboring villages. Growing up, Agbo was often ridiculed by other children. “When we go to the disco, or when we go to fetch water in the stream, they’ll just call you ohu, and there will be fights,” he told me. “We would fight at the stream, fight at the disco hall. . . . It was a battle all year round.”

A year before Agbo was born, his village held a funeral for one of its oldest men. Traditionally, when a respected man in Isi Enu dies, the townspeople honor him by playing an igede—a percussion instrument made from wood and animal skin. The people of Isi Enu-Isi made an igede for the man’s funeral, which infuriated their neighbors, who felt that the ohu could never be distinguished enough to deserve the instrument’s music. On the day of the funeral, men from the other four villages stormed Isi Enu-Isi, destroyed the igede, and razed the buildings and farms. Agbo’s father, a soldier, was away on duty when his village was destroyed. When he returned home after his service—emboldened by his battlefield experience and by the possession of a gun—he made another igede and kept armed watch as another ohu man played it on the hill. This was the first act of open defiance in the community. In the nineteen-eighties, Agbo’s aunt, Margaret Nnaji, got a grant to set up a vocational center in Isi Enu, where women could learn skills like hairdressing and tailoring. Townspeople protested that a major municipal project shouldn’t be spearheaded by an ohu. “They started one propaganda, saying, ‘How can the heel go ahead of the toes?’ ” Agbo told me. Officials shut down the center and took away its equipment.

Post-scriptum:
Slavery existed among the Igbo long before colonization, and accelerated with the transatlantic trade. Today, slave descendants still retain the stigma of their ancestors. Illustration by Ojima Abalaka
Source:
https://www.newyorker.com/news/dispatch/the-descendants-of-slaves-in-nigeria-fig… 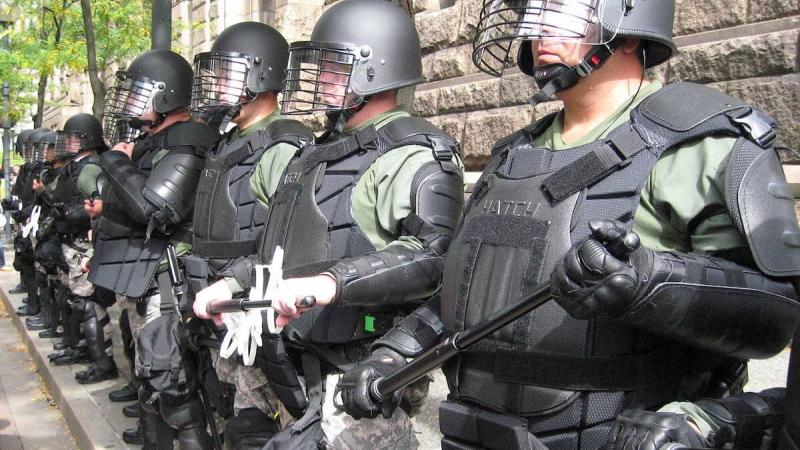 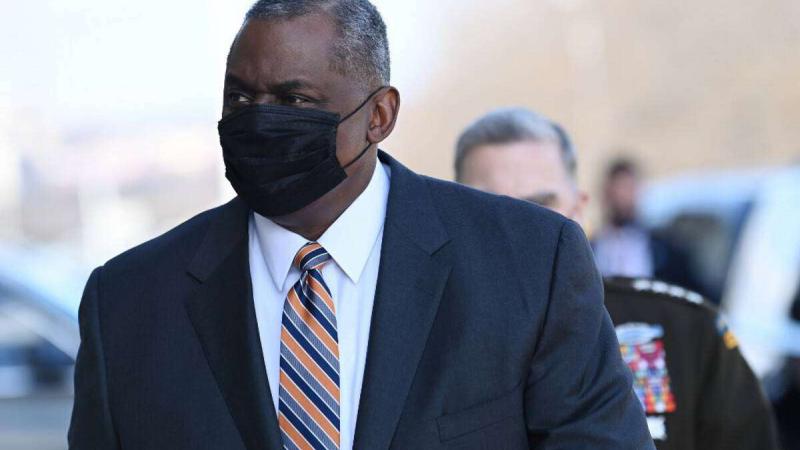 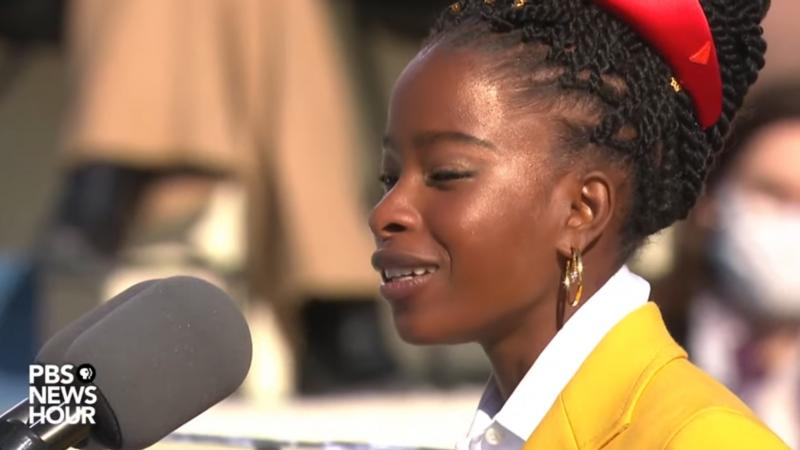 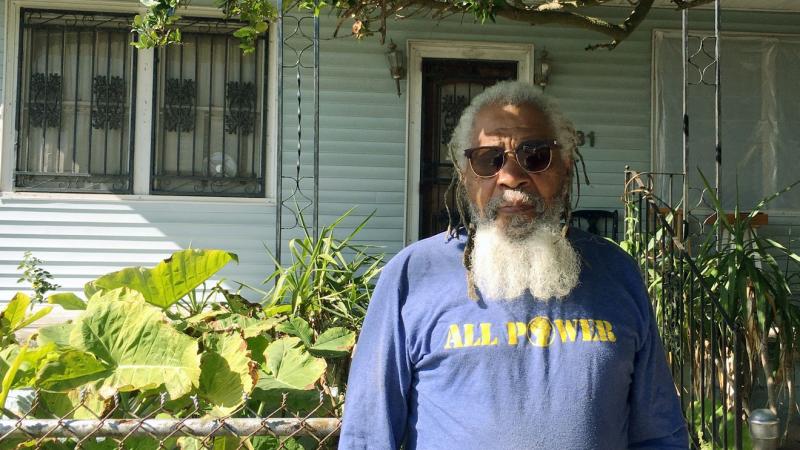 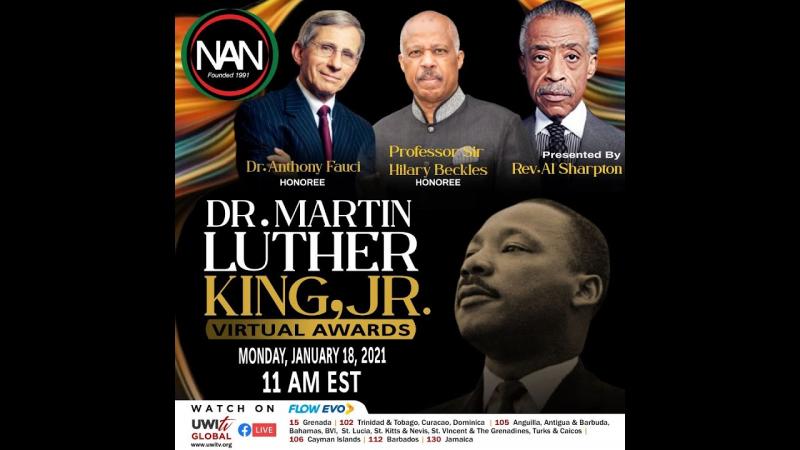