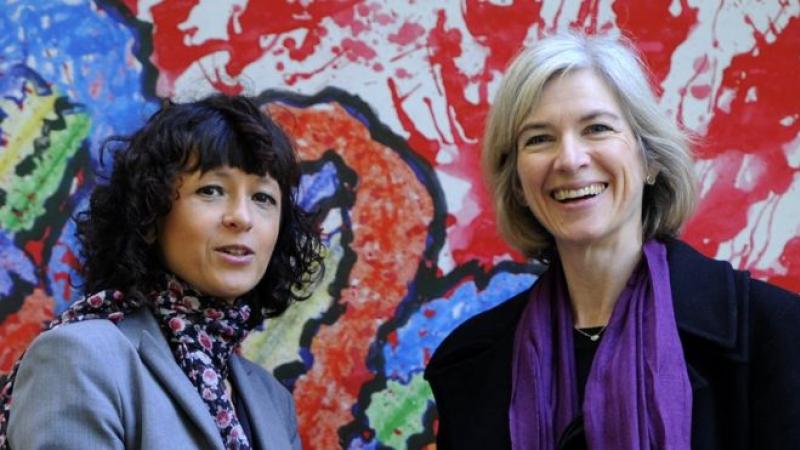 Two scientists have been awarded the 2020 Nobel Prize in Chemistry for developing the tools to edit DNA.

Emmanuelle Charpentier and Jennifer Doudna are the first two women to share the prize, which honours their work on the technology of genome editing.

Their discovery, known as Crispr-Cas9 "genetic scissors", is a way of making specific and precise changes to the DNA contained in living cells.

Biological chemist Pernilla Wittung-Stafshede, commented: "The ability to cut DNA where you want has revolutionised the life sciences."

Not only has the women's technology been transformative for basic research, it could also be used to treat inherited illnesses.

Prof Charpentier, from the Max Planck Unit for the Science of Pathogens in Berlin, said it was an emotional moment when she learned about the award.

"When it happens, you're very surprised, and you think it's not real. But obviously it's real," she said.

On being one of the first two women to share the prize, Prof Charpentier said: "I wish that this will provide a positive message specifically for young girls who would like to follow the path of science... and to show them that women in science can also have an impact with the research they are performing."

She continued: "This is not just for women, but we see a clear lack of interest in following a scientific path, which is very worrying."

During Prof Charpentier's studies of the bacterium Streptococcus pyogenes, she discovered a previously unknown molecule called tracrRNA. Her work showed that tracrRNA is part of the organism's system of immune defence.

This system, known as Crispr-Cas, disarms viruses by cleaving their DNA - like genetic scissors.

In 2011, the same year she published this work, Prof Charpentier began a collaboration with Prof Doudna, from the University of California, Berkeley.

The two had been introduced by a colleague of Doudna's at a cafe in Puerto Rico, where the scientists were attending a conference.

And it was on the following day, during a walk through the streets of the island's capital, San Juan, that Prof Charpentier proposed the idea of joining forces.

Together, they recreated the bacterium's genetic scissors in a test tube. They also simplified the scissors' molecular components so they were easier to use.

In their natural form, the bacterial scissors recognise DNA from viruses. But Charpentier and Doudna showed that they could be reprogrammed to cut any DNA molecule at a predetermined site, publishing their findings in a landmark 2012 paper.

The breakthrough DNA snipping technology allowed the "code of life" to be rewritten.

Since the two scientists discovered the Crispr-Cas9 genetic scissors, their use has exploded. The tool has contributed to many important discoveries in basic research; and, in medicine, clinical trials of new cancer therapies are underway.

The technology also holds the promise of being able to treat or even cure inherited diseases. It is currently being investigated for its potential to treat sickle cell anaemia, a blood disorder that affects millions of people worldwide.

But without regulation, some fear Crispr could equally be used to create "designer babies", opening up an ethical minefield. If genome-edited children grow up and have children, any alterations to their genomes could be passed down through the generations - introducing lasting changes to the human population.

Last year, Chinese scientist He Jiankui was jailed for three years after creating the world's first gene-edited human babies. He was convicted of violating a government ban by carrying out his own experiments on human embryos, to try to give them protection against HIV.

It had been thought a Nobel for this revolutionary science would not be awarded for many years because the technique is also the subject of a long-running patent battle in the US.

The dispute involves Charpentier and Doudna's group at the University of California, Berkeley, and a team at MIT and Harvard's Broad Institute in Cambridge, Massachusetts.

The disagreement centres on the use of the Crispr technique in eukaryotic cells - those cells that bundle their DNA in a nucleus. It is in such cells, which are found in higher animals, that the most profitable future applications will exist.

The competing institutions claim their scientists made the crucial, most relevant advances.

Emmanuelle Charpentier was born in 1968 in Juvisy-sur-Orge, France. She obtained her PhD while at the Institut Pasteur in Paris and subsequently worked at scientific institutes in the US, Austria, Sweden and Germany - in addition to her native France.

Jennifer Doudna was born in 1964 in Washington DC but spent much of her childhood in Hilo, Hawaii. She was awarded her PhD by Harvard Medical School.

This year is the first time any of the science prizes has been awarded to two women without a male collaborator also listed on the award.

Swedish industrialist and chemist Alfred Nobel founded the prizes in his will, written in 1895 - a year before his death. 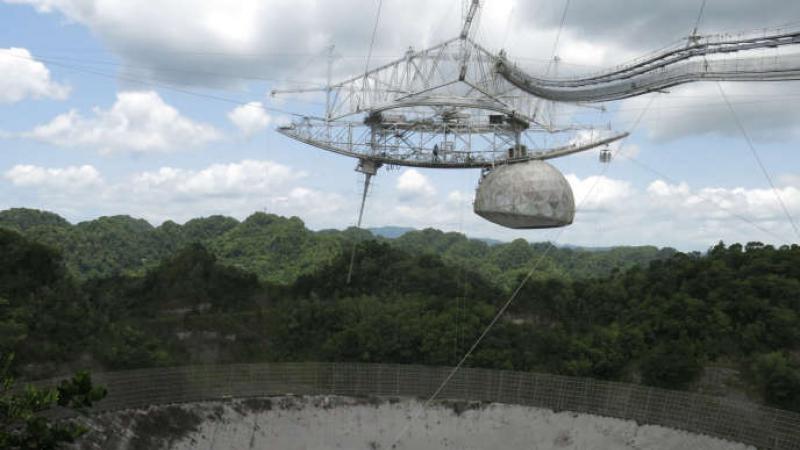 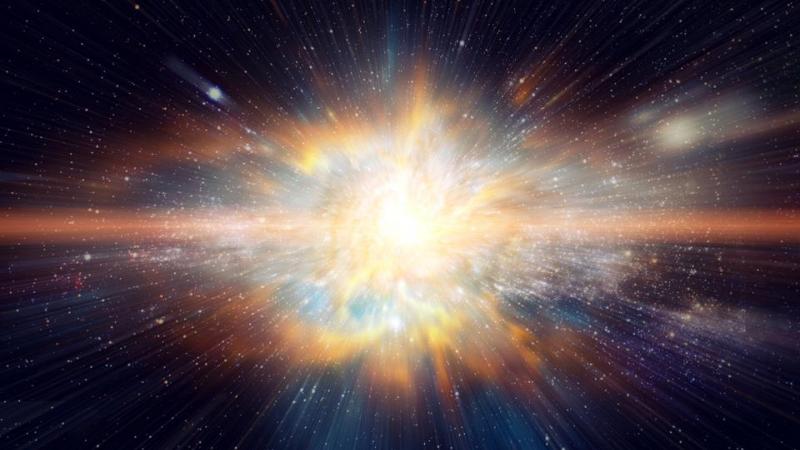 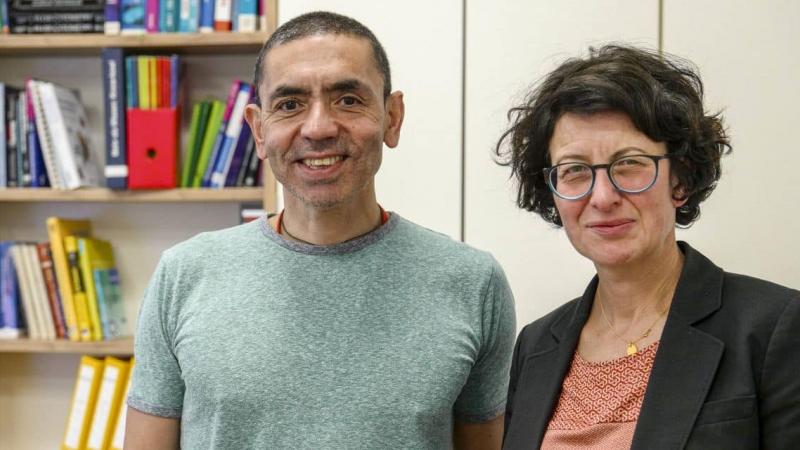 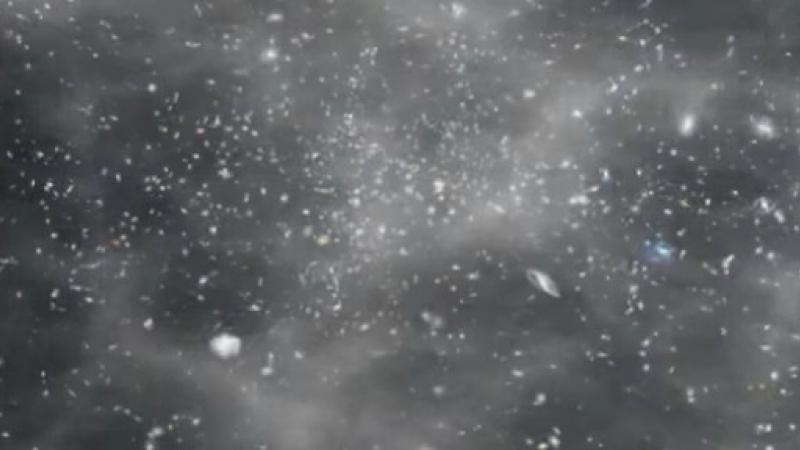 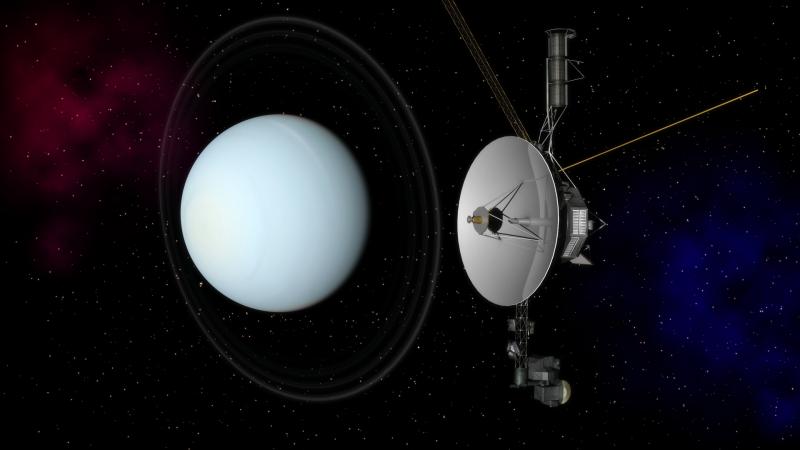