Following a marathon of deceit, Jessica Krug, associate professor of history at George Washington University, admitted Thursday that she is white and not Black, as she had long claimed.

In an essay on Medium called “The Truth, and the Anti-Black Violence of My Lies,” Krug said that to “an escalating degree over my adult life, I have eschewed my lived experience as a white Jewish child in suburban Kansas City under various assumed identities within a Blackness that I had no right to claim: first North African Blackness, then U.S. rooted Blackness, then Caribbean rooted Bronx Blackness.”

Krug said she’s “claimed these identities as my own when I had absolutely no right to do so -- when doing so is the very epitome of violence, of thievery and appropriation, of the myriad ways in which non-Black people continue to use and abuse Black identities and cultures.” She’s also “formed intimate relationships with loving, compassionate people who have trusted and cared for me when I have deserved neither trust nor caring.”

Krug, a historian of Africa and the African diaspora, did not say why she chose to come out now -- only that she’s “thought about ending these lies many times over many years, but my cowardice was always more powerful than my ethics.”

Scholars and acquaintances of Krug’s said on social media that she was about to be outed and guessed that the truth would never have come out otherwise.

Yomaira C. Figueroa, associate professor of global diaspora studies at Michigan State University, said on Twitter that the “only reason Jessica Krug finally admitted to this lie is [because] on Aug 26th one very brave very BLACK Latina junior scholar approached two senior Black Latina scholars & trusted them enough to do the research & back her up.”

Those two professors contacted other senior scholars and institutions with unspecified proof, Figueroa tweeted. “There was no witch hunt, but there was a need to draw the line. Krug got ahead of the story because she was caught & she knew the clock was ticking [because] folks started to confront her & ask questions.”

In an interview, Figueroa said she did not know Krug personally. But she said discussions about Krug’s background were sparked in part by the recent revelation that late Cuban writer H. G. Carrillo was not actually Cuban at all, but rather born to a non-Latinx Black family in Detroit.

“I do know that she’s a very well-respected scholar who has done really incredible work, so this is not an issue about her not being a talented academic or good at her job,” Figueroa said. “But she did it all in this guise, building on the worst types of stereotypes, calling herself a hood academic, taking on accents and talking about specific kinds of trauma.”

In an author bio that was promptly removed from RaceBaitr, an online magazine, for instance, Krug described herself as an “unrepentant and unreformed child of the hood.” In a recent piece on Blackness and political activism in Puerto Rico in Essence that also disappeared from that magazine’s website Thursday, Krug seemed to describe herself as Puerto Rican.

"¡Que viva Puerto Rico libre!, we cry, waving the flag of a never realized national dream under the leaden skies of empire," Krug wrote, according to a cached version of the piece. "But what has that aspiration, that flag -- any flag -- ever held for Black people beyond the vanishing promise of profit from the spoils of war?"

Elsewhere, Krug has called herself "Jess La Bombalera." In recent testimony to the New York City Council, Krug introduced herself that way in an accent, said she was calling in from the "barrio" and proceeded to curse multiple times. “You posin’ like you opposin’ them for your sound bites, your social media, your re-election campaigns, [get the] fuck outta here!" she said, according to a Daily Beast transcription.

Yarimar Bonilla, professor of Africana, Puerto Rican and Latino studies at Hunter College and the Graduate Center of the City University of New York, wrote on Twitter that she was “fooled” into believing that Krug was Afro-Latinx when they were fellows at the Schomburg Center for Research in Black Culture, a division of the New York Public Library.

Bonilla said she found Krug “off,” dressing for work like she was ready for a "salsa club," but “thought the pathologies she displayed were the product of systemic violence, and not of her twisted racial fantasies …”

Many commenters have compared Krug’s case to that of Rachel Dolezal, the former head of the Spokane, Wash., NAACP and adjunct instructor of Africana studies at Eastern Washington University who was outed as being white in 2015. Academics at the time said that the case raised all kinds of ethical and pedagogical issues. Krug’s case is arguably more complex from an academic standpoint, in that she promoted her fake identity as she was building her career as a tenured, full-time professor. Whereas Dolezal eventually published a memoir about her life and controversy, Krug already published a book as a supposed Black woman. She's presumably taught hundreds of students, if not more.

Duke University Press, which published Krug’s 2018 Fugitive Modernities: Kisama and the Politics of Freedom, also did not respond to a request for comment. The book was a 2019 finalist for the Frederick Douglass Book Prize.

In her Medium piece, Krug said that “mental health issues likely explain why I assumed a false identity initially, as a youth, and why I continued and developed it for so long.” She also made several references to unspecified childhood trauma. However, she said, such matters “can never, will never, neither explain nor justify, neither condone nor excuse, that, in spite of knowing and regularly critiquing any and every non-Black person who appropriates from Black people, my false identity was crafted entirely from the fabric of Black lives.”

Many scholars said the same thing last month, when neuroscientist Bethann McLaughlin, former leader of the #MeTooSTEM organization, said that mental health issues were why she’d created a fake Native American identity on Twitter that frequently defended her against criticism. McLaughlin killed off the alter ego, saying that she’d died of COVID-19, before she was outed.

Krug said she was “cancelling” herself and called herself a “culture leech.”

She also wrote that she believes in “restorative justice, where possible, even when and where I don’t know what that means or how it could work. I believe in accountability.” Yet “I don’t know what to build from here,” she added, as “I have no identity outside of this.”

Tanya Barnett, a graduate student in public policy at George Washington and a member of the Black Graduate Student Association, said she and others in the group are “in agreement that she needs to quit not only because she’s misrepresented herself but she’s fraudulently presented herself as a woman of color.” That amounts to mimicry and blackface, Barnett said.

Moreover, she asked, “How can people respect you when your whole professional life was a lie?”

Barnett said she felt especially sad for Black students who may have approached Krug as a mentor and confidante during this year of particular racial tumult.

“They’re going to this professor thinking, ‘OK, this is someone who can understand where I’m coming from,’ now only to find out that person was a fraud. It’s just cringeworthy.”

Barnett also wondered how many other Black and Latinx women applied for the rare tenure-track faculty job that Krug landed under false pretenses, calling it “sad.” Barnett said that she has no option to have a Black woman adviser in her department, because there aren’t any Black female professors. She said she also hoped that faculty members at George Washington would speak out against Krug, and say "this is wrong."

Figueroa said that many white people study and teach African history, and that it remains entirely unclear to her why Krug would have gone to such lengths to maintain a racial facade.

In any case, Figueroa said, “what needs to be accounted for is what she gained by taking this identity,” in terms of fellowships, grants and more, “and the bullying and gatekeeping of Latina and other women of color she engaged in.”

Bonilla wrote that Krug “gaslit” her and other scholars into believing her story and that they were intellectually inferior.

“While claiming to be a child of addicts from the hood, she boasted about speaking numerous languages, reading ancient texts, and mastering disciplinary methods -- while questioning the work of real [women of color] doing transformative interdisciplinary work that she PANNED,” Bonilla said of Krug.

It’s unclear exactly how long Krug has been pretending to be Black, but it goes back to graduate school, at least. Krug earned her Ph.D. from the University of Wisconsin at Madison in 2012, and some of her cohorts have publicly said she presented herself as Black throughout her time there. One former classmate tweeted that he always suspected Krug was “full of shit” but he wasn't sure what to do about it.

Lacy Ferrell, a former classmate who is now an associate professor of African history at Central Washington University, said via email that while Krug did present herself as Black at Madison, she was “one of the few (faculty or students) in the program who raised the issue of race in African history. In a program that is predominately white, this is an important conversation that I don't think we, as white historians of Africa, engage with enough.”

Ferrell added, “I’m just so, so sorry that she did so while pretending to be Black. It was incredibly disingenuous, and I believe it devalues her work. She could have contributed so much if she had just spoken as a white woman, but by appropriating an identity that didn't belong to her, she takes away space from Black women and the work they do.” 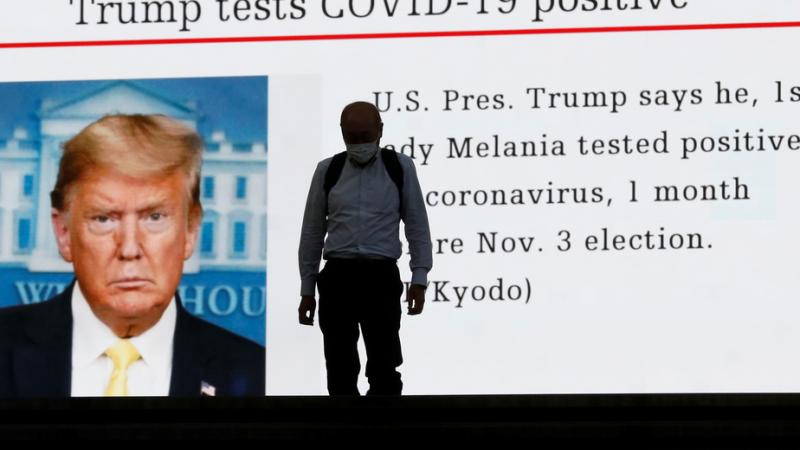 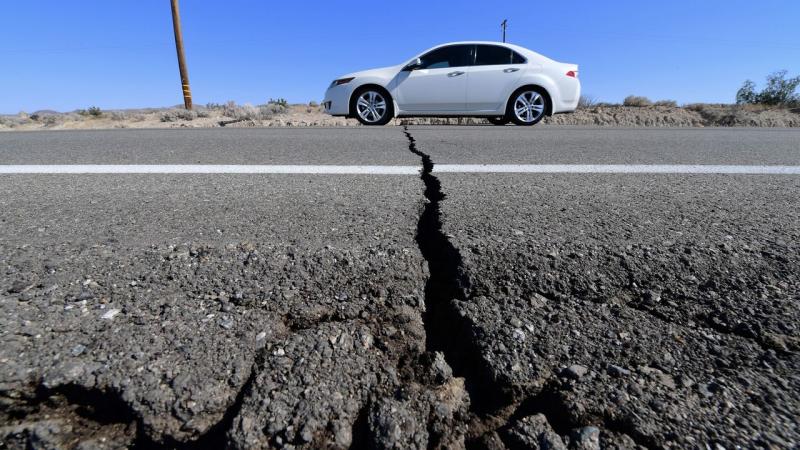 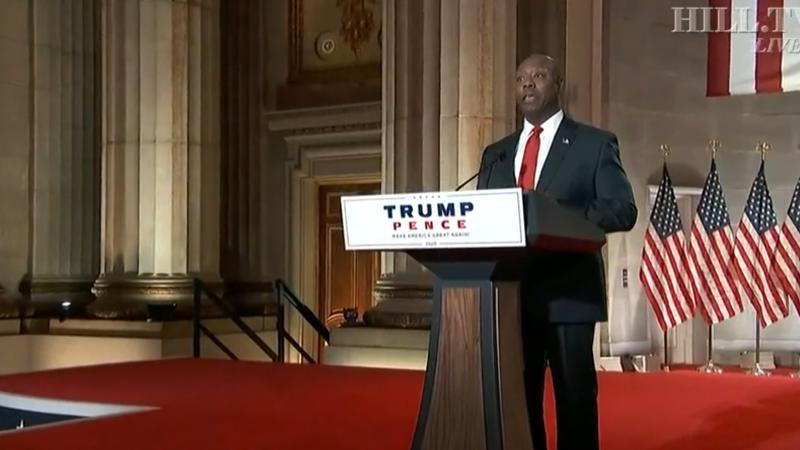 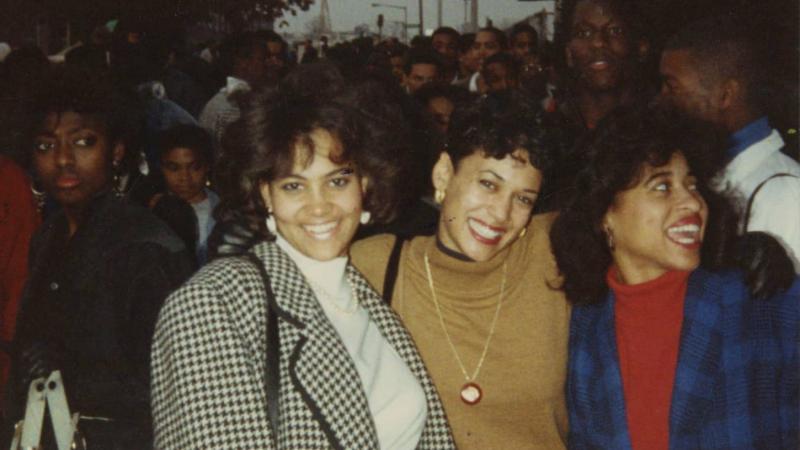 Kamala Harris grew up in a mostly white world. Then she went to a black university in a black city 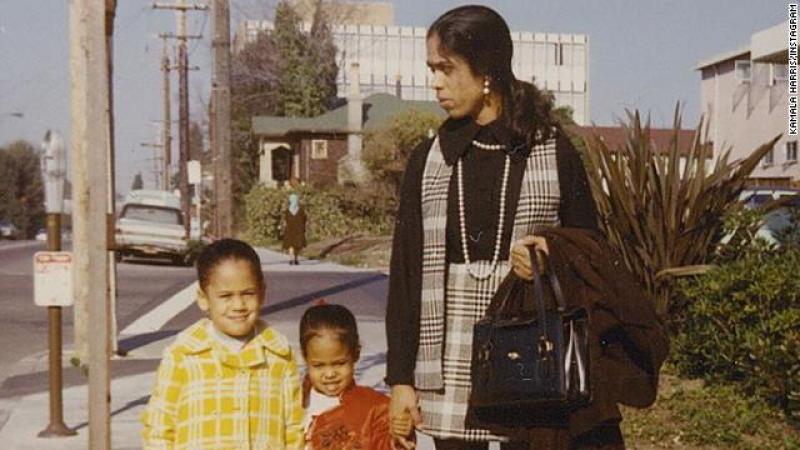 Kamala Harris' Indian roots and why they matter